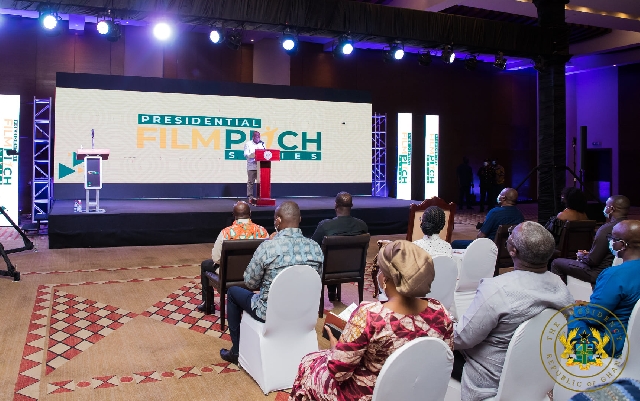 President Nana Addo Dankwa Akufo-Addo has indicated that the government, in its bid to properly position the National Film and Television Institute (NAFTI), has committed €45 million to it.

The President noted that in order to produce the right skills set, the “government is retooling the National Film and Television Institute (NAFTI) to enable it to provide the needed training for players in the industry” in the country’s “quest to make Ghana attractive to international film productions” as well as to make her a “hub for film production in West Africa”.

“€45,000,000 has been approved for NAFTI to reform it into a world-class training facility,” President Akufo-Addo added.

He made this known to a gathering of filmmakers, creative arts industry players and other stakeholders at the maiden edition of The Presidential Film Pitch Series, under the theme: ”Strengthening the Ghana film Ecosystem” in Accra, on Wednesday, 28 April 2021.

The President further revealed that the Creative Arts Industry Act, which was passed by the 7th Parliament of the Republic during his first term in office will help create an “enabling environment for the Ghanaian film sector and the creative arts sector in general, to contribute effectively to the nation’s growth”.