Black Sherif's 'the voice of the youth in Africa' | I'm a huge fan: Akon 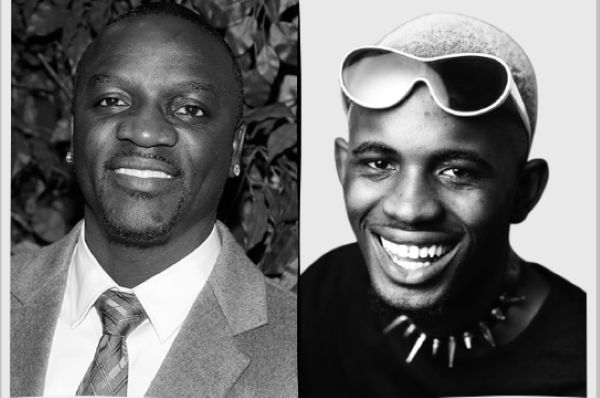 Akon mentioned who first introduced Black Sherif's music to him, the city he was in at the time, what his first impressions were about the 'Kwaku the Traveller' hitmaker and, in fact, what his predictions are concerning the 20-year-old's future.

To the Hip-hop superstar, Black Sherif reminds him of "the energy of myself when I [first] came out."

The first time he heard a song of Black Sherif's, he "was in New York City, when a friend of mine called Bako from Mali played me the song."

He did not offer a title but the businessman remembers exclaiming in excitement: "Yo, who the f*** is that?"

In Sherif's voice, "you can feel the pain, you feel the struggle, you hear the challenges," the music mogul's voice grew in volume, as he softly punched his left palm with his right fist. "But you can just hear a ghetto kid just wanting to get out."

"It's just the way he says it. Like, you know it's real, it's nothing fabricated," he commented on the Ghanaian sensation's storytelling songs, adding that his stories are relatable "especially if you've been that [way before]."

"This kid is going to be something [huge] and if no major [label] picks him up – they need to get to him before I do," the Konvict Music founder said matter-of-factly. "I promise you."

"He's a beast. That boy right there is a monster," he kept complimenting the BET nominee nicknamed Kwaku Killa. "To me, he's the voice of the youth in Africa."

He recently signed a Ghanaian producer, Nektunez of 'Ameno Remix' fame, to his Konvict Kulture label.

Akon is behind the successful breakout of global stars like T-Pain and Lady Gaga.

Meanwhile, Black Sherif's debut 14-track album was released this year in October: 'The Villain I Never Was'.