Fameye: I ditched a promising football career; it wasn't my destiny 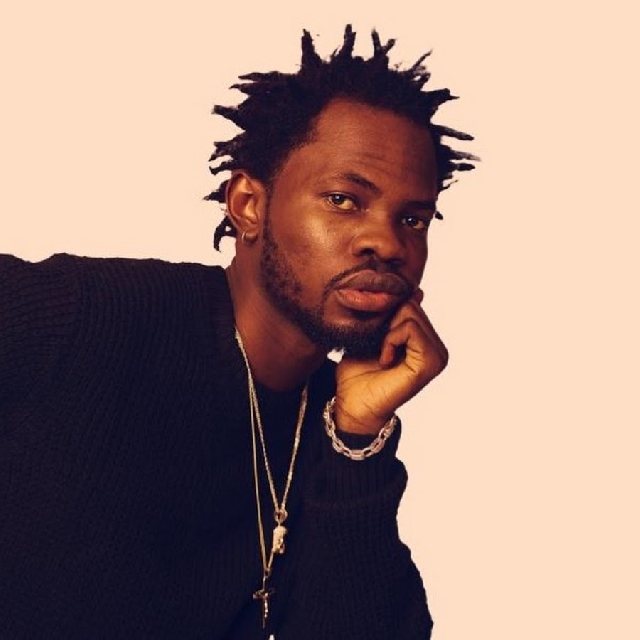 Ghanaian music star Fameye has disclosed he is a talented footballer but ditched the pursuit of a professional career in the field for music.

To him, he explained, football was not his purpose.

Entertainment pundit Martinez had observed the rapper and singer looks like a footballer.

"I [used to] play as a defender but they nicknamed me Eto'o."

"I am a defender but everything about me [and my play] came off as a striker.

"I also loved Eto'o. I had a shirt and, with paint on a paper, I inscribed his name at my back," he kissed his teeth at his childhood naivety and unsophistication.

"You can go to Kwabenya and ask anyone there. I used to play Torino," he mildly challenged his interviewers to investigate what he was saying.

He was asked why he stopped if he is so good.

"It did not work out," he explained. "It's not that I was not successful at it. Sometimes, it is simply not your purpose."

"You have to know where your destiny will turn around or blossom," he asserted.

"You need spiritual awakening to see these things," with his left hand, he pointed to his left eye repeatedly.

He highlighted how some people pursue things fruitlessly just because they have been told never to give up.

"It's different from you being disheartened." he said and argued: "Some of these [wise] quotes worry [misled] us."

"Just because it is said, 'Never give up', someone can keep at something which he knows in his heart of heart is not in line with his purpose or destiny," he stressed.

"I recognised I can play football but I equally noticed it would not help me in the long run. I identified that mine is to do music," Fameye, alias Peter, shared.

"When I sing, my soul is excited," he sat up, pushed his chest out and with his hands gestured fulfilment.

The 'Thank You' hitmaker was speaking to Doreen Avio of Accra-based Hitz FM.