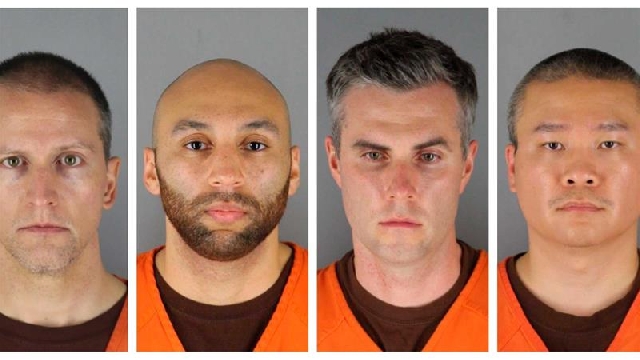 The 4 accused ex-cops involved in George Floyd's death appeared in court ... triggering hundreds to take the streets outside the courthouse to protest.

Derek Chauvin, Tou Thao, Thomas Lane and Alexander Kueng arrived in court Friday in Hennepin County, Minnesota for a hearing covering a number of things ... including motions about change of venue to jury sequestering. Floyd's family also attended the hearing.

Thao, Lane and Kueng appeared to have entered the courtroom undetected ... as hundreds marched outside the Hennepin County Family Justice Center. 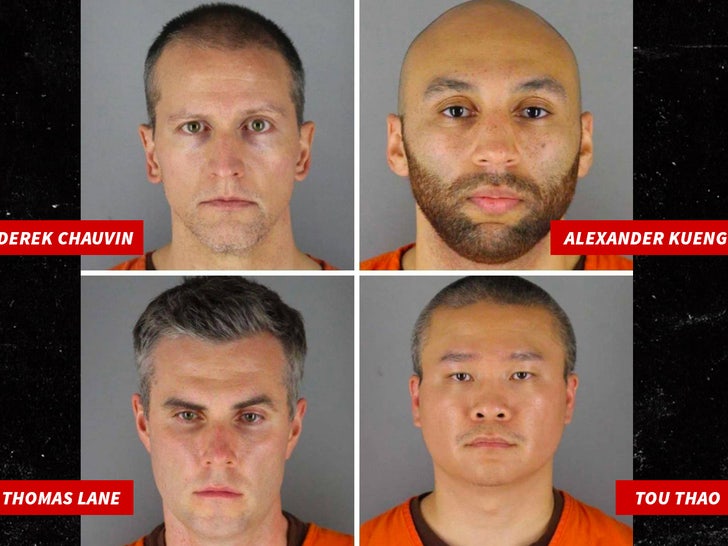 As we reported ... new body cam footage was released back in August showing Thao's point of view. He was the one who was doing crowd control during George's arrest. The new video showed that as Chauvin pressed his knee on George's neck, Thao had walked to the curb where a handful of onlookers could immediately tell George was in life-threatening distress.

The new angle also showed the crowd's worry increase with every minute that passed. It had been painfully obvious to them a man was dying, and they got more and more agitated as the clock ticked through the 8 minutes and 46 seconds.

The Minnesota Attorney General has said he would seek a harsh sentence for Chauvin.