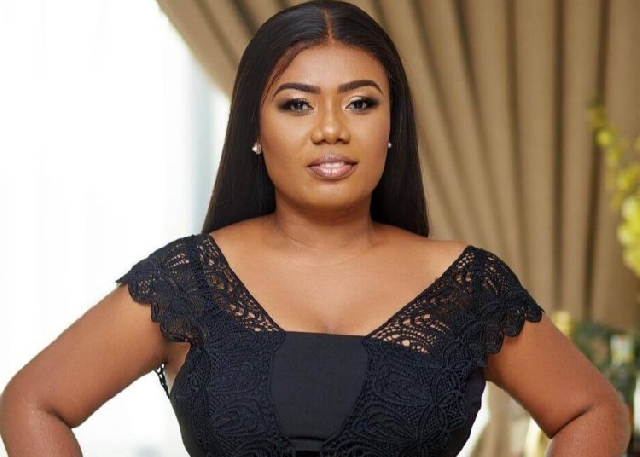 Ghanaian broadcast journalist Bridget Otoo has made the claim that Ghanaians seen cleaning where they sat to watch the Ghana versus South Korea FIFA World Cup 2022 match on Monday, November 28, were just doing it for good optics and not from a genuine place.

In the video, some Ghanaian supporters could be seen picking litter from their seating area at the Education City Stadium, Al Rayyan in Qatar, and dumping it into an almost-full big black poly-bag.

ESPN FC captioned the video: "Ghana fans were cleaning up the stadium after their win against South Korea [Ghana flag and heart emojis]."

Reacting to this, Accra-based Metro TV's Bridget Otoo was not impressed and gave the impression the Ghanaian's seen in the video were doing something contrary to their culture.

"I’m a Ghanaian and I can tell you it’s for the cameras [laughing, crying emojis] Japan is taking all the fans, we also want to collect some," she tweeted.

"You know it’s the truth. These people vandalise Accra Sports Stadium when their team loses. We litter our beaches but because someone is collecting fans [recieving praise] we want some. You think they don’t see what we do? Or it’s the first time someone is seeing it? Be honest," she argued in the comments.

Some of her audience were outraged, while others agreed with her.

Stealth @swagglordd: "You see a group of people doing something commendable and you just had to attach negativity. Imagine a Ghanaian lady winning out there, and somebody goes like “I’m Ghanaian, all our ladies do is to sleep around for material things, she probably had to sleep her way to this.”

Kojo Essel @Kojotee12: "Whether it's for the cameras or not, the place has been cleaned. What's wrong with Ghanaians also taking some of the Japanese 'praise'?"

KWEKU AHABAN [Ghana and US emojis] @kwakuahaban: "You not Ghanaian stop lying [pinocchio/lying emoji] Ghanaians clean after themselves. Accra is the cleanest city in West Africa."

On Wednesday, November 23, the Japanese were first seen cleaning up after themselves at the Khalifa International Stadium in Doha, Qatar, after their national male team played against Germany and won with a 2-1 scoreline. The scene went viral on social media.

Commenting on what came as a surprise to many, Japan coach Hajime Moriyasu has said: "For Japanese people, this is just the normal thing to do. When you leave, you have to leave a place cleaner than it was before. That's the education we have been taught. That's the basic culture we have. For us, it's nothing special."

It is reported the Japanese Football Association has supplied fans with 8,000 trash bags to help them tidy up after matches, whether Japan loses or wins. The trash bags have "thank you" messages written in Arabic, Japanese and English on the outside.