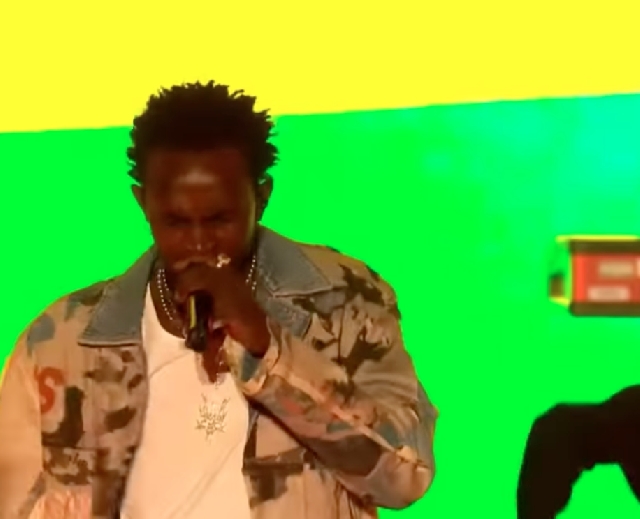 Fast-rising Ghanaian artiste Black Sherif has got another feather in his cap.

Yesterday, November 30, Blacko, as he is popularly called, performed at the prestigious Music of Black Origin (MOBO) awards 2022 ceremony.

By so doing, he shared the stage with the iconic Nile Rodgers, co-founder of Chic, the chairman of the Songwriters Hall of Fame and Lifetime Achievement gong-receiver at this year’s MOBOs; Emeli Sande, and British-Ghanaian star Kwadwo Adu Genfi Amponsah, alias Kojey Radical.

Aside from Blacko, West Africans honoured with plaques and performance time were Burna Boy and Fireboy DML.

The Best International Act award went to the African giant Burna Boy. He also picked up the accolade for Best African Music Act Supported by Afrozons.

Before Fireboy DML’s performance, Black Sherif was introduced as one of the surprises for the night.

“We promised you some surprises tonight. They’re going to be gassed for this one,” host Yung Filly appeared to tap co-host Chunkz’s shoulder in glee. “So please welcome to the stage, Ghana’s hottest new sensation and biggest breakout star of 2022, Black Sherif!”

The EMPIRE Africa star opened his set with the chorus of his breakthrough song titled ‘Second Sermon’ and transitioned to his world-famous ‘Kwaku the Traveller (KTT)’.

The Konongo-native was accompanied by female dancers dressed in black. Initially, they wore balaclavas (ski masks). They only took the masks off when he began singing KTT.

Eddie Kadi of the British Broadcasting Corporation’s (BBC) Radio 1Xtra could be seen in the crowd gleefully dancing and rapping along to Black Sherif: “It is what it is, but I keep going on…”

The 2022 MOBOs happened at the 12,500-seater OVO Arena Wembley, in London, United Kingdom.