My dad inspires me; says I’ll be a pastor – Darkovibes 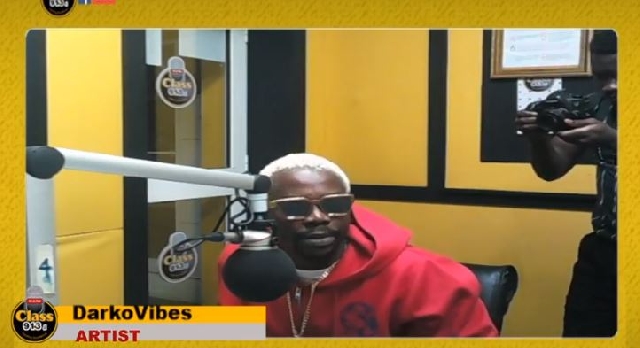 Ghanaian singer and fashionista Darkovibes has revealed that his father is his biggest inspiration.

According to the ‘Tomorrow’ hitmaker, he has a very good relationship with his father and speaks with him “from time to time.”

He told Prince Benjamin on Class 91.3FM’s Class Drive on 15 September 2020 that his father “has always believed in me” since childhood, adding that the faith has led him on in his dealings.

He indicated that his father has been very instrumental because he “has learnt a lot.”

Darkovibes disclosed that his father hopes that he (Darkovibes) will become a pastor someday.

The La Meme Gang group member, however, said that he is uncertain if he will, indeed, be a pastor but he is most likely to propagate wisdom.

“My father has been saying that I will be a pastor.

“Me, too, I'm that kind of person that I live in the moment.

“Lately, I have been on a spiritual journey.

“So, I don't know if I will be a pastor but one day, you should expect that I will be teaching a lot of sense,” he said.