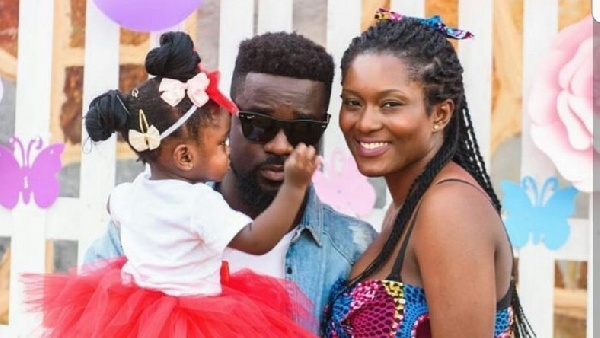 Let me first of all confess my love for Michael Owusu Addo known as Sarkodie for what he has done for the Ghanaian music industry and his relevance. His contribution to the Ghana music has earned him numerous accolades, including the Vodafone Ghana Music Award’s “Artiste of the Decade”

I started following him when he released his debut song “Wofoni” which featured Castro (If my memories serve me right). His rap caught the attention of a mission house boy like me and even my late Dad. (I said my dad because he was an ardent listener of Dr. Duncan’s ‘Kasahare’ back in the day at Adom Fm)

I shouted “wow” when I first heard Sarkodie’s debut album ‘Makye’. Its production was primarily handled by Killbeatz and Jayso. The album featured Kwaw Kese, J-Town, Sway and Paedae of R2Bees.

‘Makye’ received positive reviews from both critics and fans with a lot of admiration for his style of rap which they all gave him thumbs up for saving Ghana Music from dying.

In 2010, his ‘Push’ and ‘Baby’ songs were ranked on most music chats in Ghana and Africa. Also ‘Illuminati became one of my all-time hip hop songs from Sarkodie.

We all know great music brings together nice beats and good lyrics and oftentimes many rappers struggle with this but Sarkodie is not that type of artist.

Sometimes, they either go too hard in one area and compromise in another but Sarkodie’s third studio album, ‘Sarkology’ successfully got all these elements and hard core raps in it.

‘Sarkology’ album followed much the same formula as his second album, ‘Rapperholic’.

With no overall theme for the whole project, the same topics of overcoming haters, winning a Grammy, faith (Hallelujah, War) and being the best rapper were all addressed throughout ‘Sarkology’, as much as they were on ‘Rapperholic’.

Sarkodie’s usage of foul language also increased substantially on this album and although I do respect that he’s a grown man and can say whatever he wants, I felt a little withdrawn from him a while but I could not help but I adore him.

Fast forward to 2015, Sarkodie released his much-anticipated album dubbed ‘Mary’ which he named after his grandmother who died in 2012 which in my view is the best album Sarkodie has ever recorded.

The ‘Mary’ album was a complete highlife album which featured Akwaboah, Pat Thomas and other musicians in Ghana.

One thing no one can deny is Sarkodie’s work ethic. He is always cooking something for his fans and the industry and has been successful in creating some timeless tunes.

He once held the unofficial title of fastest rapper in Ghana as he raced with time when rapping leading to his fans comparing him to the legendary Busta Ryhmes.

In recent times, however, the rap god in my opinion is beginning to sound monotonous.

Could it be that he doesn’t feel challenged by any rapper or he has simply become complacent?

I say this because all Sarkodie does in recent times is to talk about his wife, Tracy Sarkcess and daughter, Titi in his songs.

Rap, we know, is competitive and a rapper always has to brag to create a powerful impression about one’s element.

There are numerous ways of bragging and certainly Sarkodie cannot be going along with this tangent of always mentioning his wife and daughter in his songs, some of us, his fans, are tired of that.

For example, his verse on Epixode’s Mene Woa, a line in his song, ‘Gimme Way’ featuring Prince Bright, his song Glory featuring Yung L and Can’t let you go featuring King Promise are few of the songs that Tracy and Titi were not left out of the lyrics.

There are myriad of issues to talk about. If he thinks he cannot rap again but to talk about Tracy and Titi, then he should leave the rap music for the upcoming artistes to step into his shoes.

Maybe, this is where he should pay a little attention to the likes of FOKN BOIS. Call them crazy or whatever but these gentlemen have never stopped creating course-driven music.

My unsolicited advice is that Sarkodie should pass the kingship to one of them if he has exhausted his wicked punchlines and lyrics.