Qatar '22: Nacee hints at releasing a befitting chant song for the Black Stars 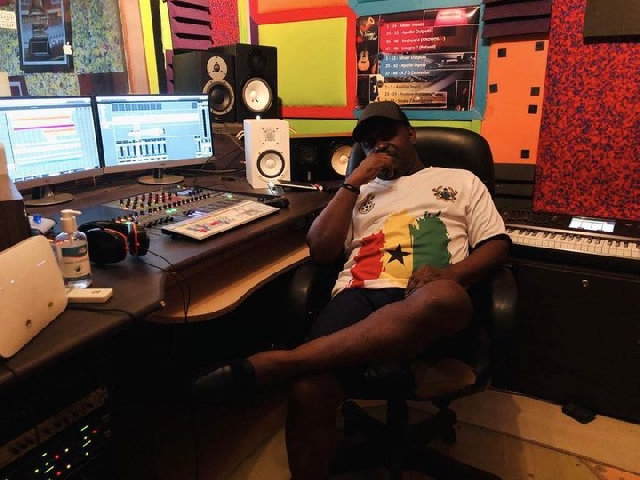 Ghanaian music star Nacee has thrown his hat into the ring to create a befitting cheer song for the Ghana Black Stars for this year's FIFA World Cup.

The 2022 World Cup is happening in Qatar, Middle East. It began on Sunday, 20 November.

32 countries are competing for the coveted trophy this year.

On Saturday, 19 November, a controversy was started by reggae/dancehall superstar Samini who opined that the official song to cheer the Black Stars on is "wack."

It is not clear which one Samini was referring to but it would appear it is not rapper Kweku Flick's since he complimented it in a tweet saying, Kweku Flick "did the joint already… Tho[ugh]t they would have called the young man and just done the right thing. Simple. Maybe this will make sense to you. It’s not about me. It’s the track oooooo tom. 3ny3 d3 baako s3i. But we go learn am, chale [laugh and cry, black power, Ghana flag emojis]. Ok, bye.”

Following his weekend rant, Samini promptly released a song on Monday, 21 November, which has been warmly received by music fans: 'Win Africa, Win'.

Beyond this, music fans tagged Nacee in various posts, indicating their firm belief in his ability to produce a befitting rallying chant for the gallant Black Stars who under Coach Otto Addo's leadership seek to break the 2010 jinx and leap over the semi-finals hurdle towards hoped victory.

The multiple award-winning music director, producer and singer Nacee, today Tuesday, 22 November assured fans he is in the studio and work has begun on the cheer chant they have asked of him.

"Ghana [Ghana flag emoji], my proud motherland has called on me... God please help me deliver... In the studio for God and country [Ghana flag, football and fire emojis]," Nacee informed his Facebook timeline. He attached a picture of him wearing a Ghana jersey and sitting, cross-legged, in the studio.

As a solo act, Nacee is popular for hits like Mpaebo, Boys Boys and Efata Wo.