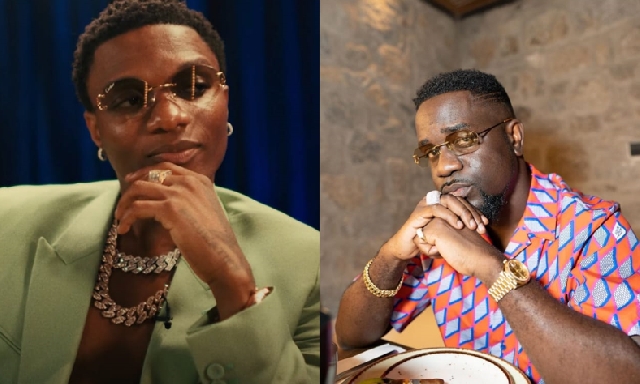 On a 3Music TV interview which was published on YouTube three weeks ago, African rap superstar Sarkodie has explained how singers and their melodies deftly one-up rappers and their bars.

According to the rapper who is Africa's most decorated in history, in his experience, rappers need singers to make their songs appeal or be marketable to the masses.

He cautioned that a rapper, in order not to be outshone by a singer, has to work 10 times harder on a song especially if they are collaborating.

“I think it has been like that because from the days of [Ghanaian rap legend] Obrafour – yes, we are doing Hiplife that caters to a certain crowd but I think singing always cuts across – singing, actually is what we term as music, technically,” he gestured air-quotes with his right fingers. “Rap became a subset of music, so it came along with it.”

The SarkCess Music Chief Executive Officer (CEO) holds that technically and psychologically, people see singing as a core or foundational feature of music – rap only complements.

“If you think about it, chords, stretching your vocals, is what people tend to see as music, and rap came in [after that]," he said. "We [as rappers] have our own core following [though]."

He illustrated his point by citing how music consumers receive his strictly rap songs compared to the songs he features singers on.

"The people that actually listen to a song like [my] ‘Illuminati’ are not [necessarily] the same people who’re going to listen to [my] ‘Adonai’," Sark noted.

Adonai, is arguably, the Ghanaian musician's most successful song. It has about 90 million views on YouTube; the highest streaming number for any Ghanaian music video on the Google-owned platform. The song features Takoradi-native Castro, who went missing eight years ago.

“But then ‘Adonai’ is going to bring me the cash [as against rap songs; 'Illuminati'],” the businessman and music executive rubbed his right hand index and thumb speedily together as though feeling fresh bank notes.

“So now if I want to go into that [lucrative] circle, [I] need a bridge," he emphasised the place of singers on a rap song.

The danger of a singer outshining or 'owning' a song when they are only a guest is not lost on the two-time BET awardee. He shared an antidote so rappers are not blindsided.

As "for a singer overshadowing you the host rapper, I’ve noticed that, and so what that means is, if you’re a rapper and you want to put a singer on your song – like [my] ‘Painkiller’ which is dominated by Runtown, because his hook is the biggest thing on the record, I was able to still shine because I put in a lot of work personally as Sarkodie, so you don’t come on as a rapper trying to tap into Runtown’s fame, so you as a rapper have to work 10 times harder than [the] singer to leverage," he said referring to his 2017 megahit.

It is easier said than done, however, Sarkodie, nicknamed 'The Landlord', made it clear to Jay Foley and his 3Music TV crew.

“Because, in Afrobeats – not to brag but I think you can’t look around and count so many rappers in Afrobeats that are dominating," he noted behind his iconic dark glasses.

"There are rappers in Afrobeats but I’m talking about dominance and being a name that’ll be considered if you’re having a big concert. I had to work 10 times harder but then you can’t take away the fact that hooks [chorus] are based on singers and they do the best," Mr Addo stressed and concluded.

The conversation was occasioned by MzGee recalling the 2022 3Music Rapper of the Year Amerado speaking on why he features singers on his songs. His biggest song, 'Patience', has Black Sherif singing on it. His latest hits 'Grace' features Lasmid, and 'Nyame Dada' features Fameye, singing the choruses.

During his recent historic performance at the British Broadcasting Corporation (BBC) Radio 1Xtra 'Afrobeats Concerto', with the full compliment of the BBC Philharmonic Orchestra, rapper Sarkodie declared Afrobeats as "the biggest [music] genre out there right now."

Meanwhile, after stating that rap is now "boring," uncreative and in fact, "dead," Grammy-winning Afrobeats singer Wizkid incurred the wrath of rappers in his home country, Nigeria, after his 10+ Magazine interview came to public notice last week.

The storm of criticism did not deter Wizkid, alias Big Wiz. He doubled down on his comments and trolled his critics for doing [rap] music which does not pay. He then named the only three rappers, in his estimation, who have survived, as it were, the death of rap.

"Broke boys. [I] can’t believe y’all [you all] broke boys really thought Big Wiz will talk about y’all. Wow. Y’all not even rappers!" he said on his Snapchat. "Nasty C, Sarkodie, Black Sherif, the only rappers in Africa.