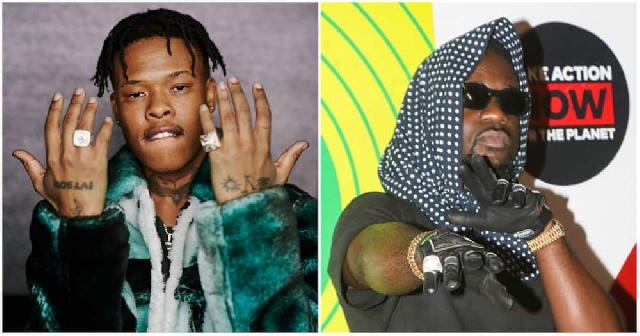 According to South African rapper Nasty C, he has denied Ghanaian rap superstar Sarkodie a verse on two occasions.

He made the claim in a freestyle take which is making rounds on social media.

Appearing to read lyrics from his phone, he noted on South African Metro FM the reason for saying no to Sarkodie.

“When I first met Sarkodie, he wouldn’t shake my hands," he narrated.

Feeling bruised, Nasty said he hatched a plan to retaliate once he became notable.

"I held a grudge and told myself to wait till I’m the man, I’d never give that man a verse, and I stick to my plan," he spat on (Hiphop term for rapping).

"Two requests over the years, and I declined them both," he proudly continued and underlined that on both occasions, he gave the two-time BET award-winner: "a dumb excuse."

The said excuse was, "I’m in album mode;” he was too busy working on his album and could not be distracted.

In all honesty, "I was in coward mode," he quickly confessed.

Earlier, he categorically stated in the tongue-in-cheek rap take that: "I am not too proud to say I am still a fan [of Sarkodie]."

Looking back, he expressed belief that the two songs Sarkodie asked assistance for are probably "out or old" to revisit.

Before the Def Jam Recordings artiste moved on to a different subject, he stated that the disclosure was sheer catharisis with no malice meant. He also attempted reconciliation.

"You see, this is the best way I know how to get stuff out of my chest. I am just a disappointed kid. It’s nothing more or less. But now I am over that, and he got all my respect," he said and signalled he is ready to work with Sarkodie now: "If he asks me to do a verse again, it will be my hardest one yet.”

Nicknamed the Landlord, Sarkodie during recent media engagements has said his collaborations are usually initiated by the guests contrary to public opinion. He cited his 'Countryside' instant hit with music sensation Black Sherif as an example.

At the moment, the African rap heavyweight is in London, UK, promoting his November 11 long play (LP) titled ‘Jamz’. The 10-track tape has only one solo piece titled 'Confam'.