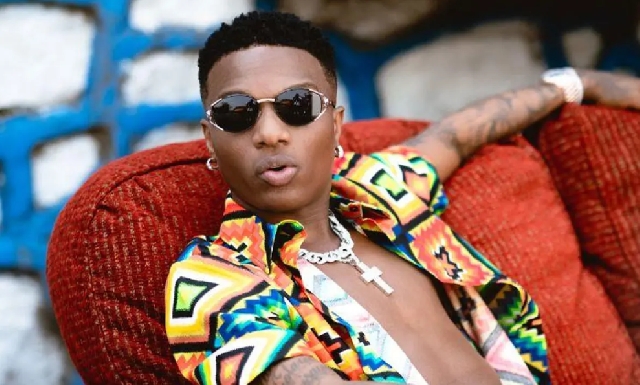 They are Ghana's Sarkodie and rising-star Black Sherif, and South Africa's sensational Nasty C, according to the singer.

Some days ago, speaking to 10+ Magazine's Christine Ochefu, the music titan made some observations about how dominant Afrobeats has become.

These observations included his controversial assessment that rap, as a genre and craft, is no longer in vogue – "It's dead" even.

“Afrobeats is the new pop [popular music],” he first declared.

“I sold two million copies in America off of one song!," he illustrated. "Even some American artists don’t have a diamond record."

"If I’m being honest, I don’t listen to any other genre of music anymore [expect Afrobeats],” he disclosed.

To Mr Balogun, rappers are no longer showing any thrilling creativity.

"These guys [rappers] do the same [thing], rap on the same beats, same flows,” he charged.

After highlighting how innovative Afrobeats is compared to other music forms, Wizkid noted, clearly aware of the controversial statements he had just made that: “I don’t have anything against rap or any other type of music. I have a lot of rappers as friends, like a lot. So I’m probably the wrong person to say this.”

This did not stop Nigerian rappers from coming at him via their socials, however.

Iconic Nigerian rapper and music executive M.I Abaga reacted by naming rap acts, including himself, who are, not only active but are successful and "winning." He named rappers like Ice Prince, Falz, Vector, YPee, BlaqBonez, LadiPoe, etc.

M.I also sent out encouragement to all rappers to stay at the wheel and grind: "The energy around Hiphop right now feels right. I know most rappers are still not the most popular yet but right now is [the] time for us to focus on the craft. Just keep getting better. This year, we did so well as a genre and next year, we grow!!! [prayer hand and applause emojis]."

The 'Juice' hitmaker YCee was enraged by Wizkid's comments on rap, saying Wizkid did not "make sense."

He first noted how rappers "work so hard in an industry that doesn't even favour [and support] them."

Finally, he insinuated Wizkid is behaving like a failed rapper who is bitter – a tape has since surfaced on the internet of a very young Wizkid engaged in a rap freestyle.

Taking note of the storm ensuing from his utterances on 10+ Magazine, Wizkid doubled down and escalated the situation even further on his Snapchat.

His 'Essence' song is a multi-platinum record, selling more than two million copies in the USA. It has sold 400,000 copies in the UK, achieving gold status.

At the 63rd GRAMMY Awards, 2021, his collaboration with Beyonce, Blue Ivy and Saint Jhn was named the gong winner for Best Music Video.

Meanwhile, recently, Ghanaian rap legend Sarkodie during his historic performance at the British Broadcasting Corporation (BBC) Radio 1Xtra 'Afrobeats Concerto', with the full compliment of the BBC Philharmonic Orchestra, declared Afrobeats as "the biggest [music] genre out there right now."

On a 3Music TV interview from three weeks ago, while promoting his 'Jamz' album which featutes 9 different singers, Sarkodie stated with much emphasis that without singers, a rappers song struggles to appeal to the masses and make money.