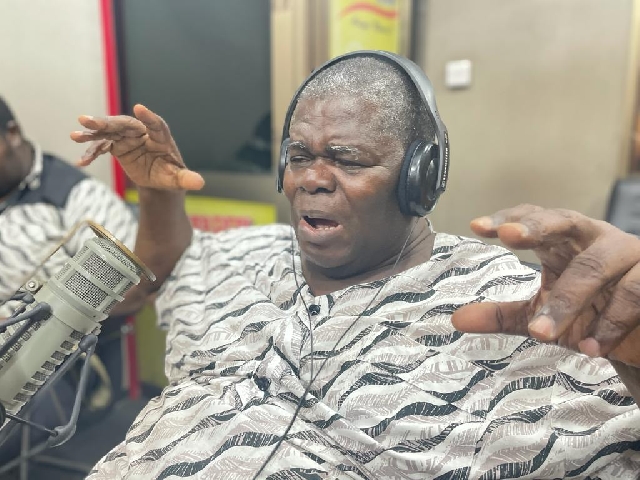 Veteran comedian Psalm Adjetefio (T.T.) has observed that the youth, especially young journalists, are not wise.

The famed ‘Taxi Driver’ actor, who has been the toast of media discussions lately following the leakage of a recorded phone conversation with journalist MzGee, in which he is heard asking for “leftovers” and complaining about his benefactors having abandoned him because Vice-President Mahamudu Bawumia gifted him GHS50,000 for his welfare, told Accra-based Happy FM in an interview on Thursday, 13 January 2022, that he wished young people, especially journalists, will strive to be wise.

“I pray that they [the youth] learn to love the Almighty, the Father Almighty because as the scripture says, it is the beginning of wisdom. If you learn to love Him and obey Him, then you become wise and then you learn how to live properly”, he said.

“And, also, concerning people; you hear something about somebody, especially these up-and-coming journalists; the question is: Are you promoting good relationship? Are you helping to build somebody? Are you helping to build yourself because you’ll also grow and then you’ll have to ask yourself a few questions before you start talking about it or putting it in the open?”

“You don’t just hear about anything and then straightaway you start trumpeting it; no. But, unfortunately, the youth, the young people, especially these young journalists and all that, they lack wisdom”, Mr Adjetefio noted.

“The question is: you hear something about somebody, ask yourself: ‘If I were in that situation, how would I want people to handle the situation? Now, what I’m doing; OK, let me get close to the person and hear from him or her also’, but straightaway then they begin doing all sorts of things – tearing people’s image apart”, he complained, adding: “They forget that they are also human beings and they could easily be in the situation in which, maybe the person they are talking about has also found him or herself”.

“So, they should learn to fear the Almighty and then I think that will help them”, he counselled.