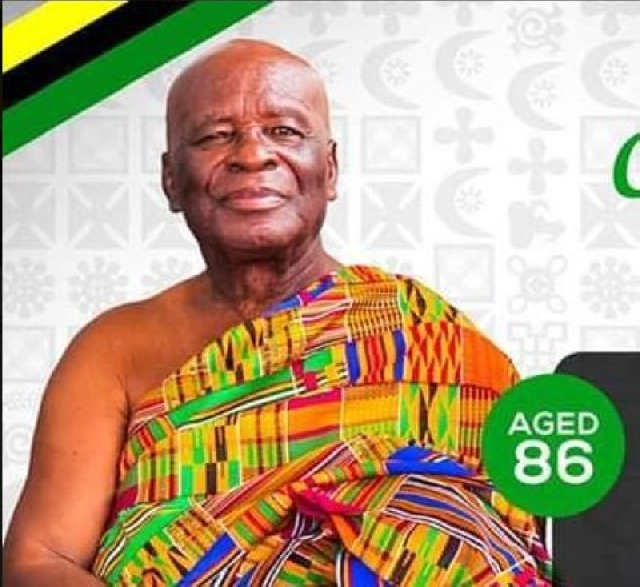 The remains of the late former mayor of the Kumasi, Barima Akwasi Agyeman, popularly known as ‘Okumkom’ was, on Monday, 24 February 2020, laid to rest at the Breman Royal Mausoleum in Kumasi in the Ashanti Region.

Okumkom, a royal at the Manhyia Palace, was also a Deputy Minister of Environment in the PNDC administration of President Jerry John Rawlings and later a Special Envoy.

Asantehene Otumfuo Osei Tutu II sat in state to exchange pleasantries with those who came to mourn with him.