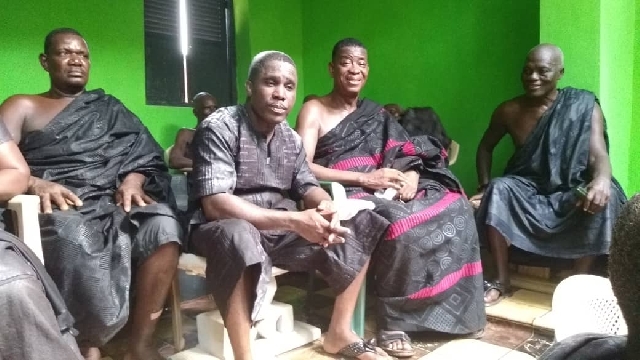 Thursday, 27 February 2020 marks the climax of the enstoolment of the boss of the Institute for Energy Security (IES), Paa Kwasi Anamua Sakyi, as the chief of Ekumfi Abor, and also the Ankobeahene of the Ekumfi Traditional Area in the Central Region.

Last Friday, traditional rites were performed at Ekumfi Ebiram, the seat of the Ekumfi Paramountcy, and later at Ekumfi Abor, to usher in the new chief.

He was unanimously elected by the three gates of Aguana Clan of Ekumfi Abor to take over from the late chief.

On Thursday, 27 February 2020, the new chief would ride in a palanquin across the streets of Ekumfi Abor, and later address a Durbar of well-wishers, chiefs and people of Ekumfi Traditional Area.

He is currently in confinement, going through the customary and traditional rites to acquaint himself with all rituals relating to his new role.

Well-wishers are entreated to be clad strictly in black and red, as the 40-day rites of the past Chief are yet to be observed.

Ekumfi Abor has the largest pineapple plantation in the Central region.