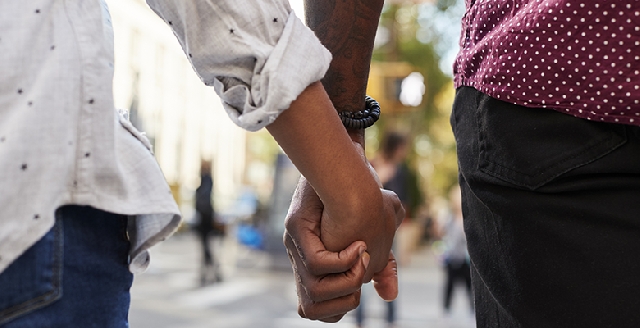 Affairs are always considered these immoral and lustful endeavours that are only meant to tear a marriage apart and, perhaps, the people in it, too.

But nobody has ever thought on this tangent — can an affair help a marriage? Sounds bizarre and so contrary to what we have believed all these years.

Even as I’m typing it out, I realise it sounds strange.

But here’s a story that completely changed my view and knowledge about the same.

I was a fresh 23-year-old out-of-college girl brimming with dreams of a promising future when a chanced marriage proposal changed the direction of my life irrevocably.

The prospect was a wealthy businessman. His fat bank balance met my aspirations and made the fact that he was older by a decade inconsequential.

My parents used the usual ‘isse acha rishta nahi milega’ argument to convince me to consent to the marriage and put my professional goals ‘on hold’.

Back in the ‘90s, courtship was nothing like it is now. We barely spoke to each other and met a mere three times – in the presence of both our families – before the big day.

The first couple of months were uneventful, and my heart had begun to warm up to my husband and the idea of this arranged marriage.

Three months into the wedding, I discovered that I was pregnant with our first child because real men don’t wear condoms and it is blasphemous for the bahu to be on the pill because the whole purpose of her existence is to procreate.

When I said I wasn’t ready to take the responsibility and suggested an abortion, I was punched, kicked, and thrown about until I begged for forgiveness and agreed to tow his line.

And, thus, began a journey of verbal, emotional, and physical abuse that has gone on for the last 12 years. It is classic. He loses control over his actions in a fit of rage, unleashes his fury on me, comes around to apologise for his actions, promises me a fresh start, and we keep going round in circles.

Our marriage was on the rocks

My husband can be a kind and compassionate man, as long as one doesn’t counter his opinions and point of view.

After several beatings and bruises, watching things around the house being smashed to the ground, and having the choicest of abuses hurled at me, I learned to keep my mouth shut and withdrew to a cocoon where no one was welcome.

Our interactions were limited to the bare necessities.

Gradually, we became two strangers who rented space on the same bed.

He did his bit for the marriage by footing the bill for all my needs and luxuries, and I returned the favour by allowing him to devour my body now and then, even though his mere touch made me shudder with spite and resentment.

Yes, I could have opted out of this sham of a marriage.

But I had been rendered too weak to take that kind of leap of faith, so, I found the perfect excuse that I was doing this for the kids’ sake.

Five years ago, I decided to finally revisit the professional aspirations I had put on hold at 23.

With the kids grown up, his frequent travels, and a tight-knit joint family split down the middle owing to a business dispute, I was pretty much free to live my life as I chose.

Putting my time at home to good use, I had pursued an MBA degree through distance learning, which helped me land a job.

My husband made his peace with this new ‘hobby’ I had taken up.

I rediscovered my old self.

This newfound independence was like a balm on my bruised soul.

At work, I found an instant connection with a colleague, who was my age, like-minded, compassionate toward my situation, and shared my opinions of life.

He, too, had been through a bad marriage and was now separated from his wife, which meant he knew exactly where I was coming from.

Back then, I wasn’t so acquainted with the idea of affairs in marriage but I soon realised why they were so common.

Soon, love like I had never known before, blossomed.

I didn’t realise when our casual conversations and chats brought us to a point where we craved each other’s company all the time. I didn’t stop myself.

He had no reason to.

Yes, indeed. I was married and having an affair. We spent hours talking or chatting on the phone, flirting over text like teenagers, and sharing every tiny detail of our lives with one another.

Conversations led to meetings, which led to secret dates and some sinful pleasures between the sheets.

Why Having An Affair Is Good For Your Marriage

We have been together for almost four years, and not once have I felt any sort of cheating guilt or felt bad about sleeping with another man, and most importantly, loving him with all my heart.

His presence has softened my gaze toward my husband and made my marriage more bearable. Can an affair save a marriage? Yes, absolutely it can.

The man I’m in love with has kissed my bruises, taught me how to dance in the rain, and walk with my head firmly on my shoulders.

A lot of people would judge me on a lot of counts, but I wouldn’t have my life any other way.

I am happy with who I am but I am also a good wife to my husband.

Can an affair help a marriage?

If it is true love, then there is absolutely no doubt about it. Because true love can give you the strength to get through anything, even if it is the type of marriage that sucks the life out of you.

I’m a better and happier individual today and that is what matters most.