'Trick to turning on a woman is to stimulate her brain' 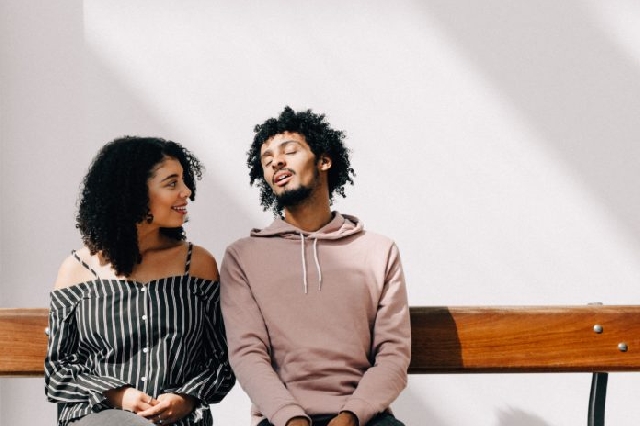 IF YOU want to turn a woman on every single time, there are some key things you can try, according to a sex writer.

Nadia Bokody revealed that many men are “navigating with a broken compass” when it comes to female pleasure, but the answer begins with a woman's brain.

Writing on News.com.au, the Sydney-based blogger said: “Perhaps the greatest discovery in our understanding of female desire though, is what author and academic Naomi Wolf calls the ‘brain-vagina-loop’.

“In layman’s terms, we now know our vaginas directly influence our brains, and vice versa.

“This means if you’re a man looking to get laid tonight, you should do a few things to lower your partner’s stress levels.

“Dim lighting, soft music, massage and laughing are all proven cortisol antagonists, hugely beneficial for putting a woman in a state where arousal is possible.”

Nadia also advised men should text their partners throughout the day saying how “hot she looked” last time he saw her, in order to “increase your chances of getting some action”.

She said that these simple, yet effective tools can help to create anticipation, which is “one of the most overlooked pieces in the puzzle of female desire.”

As an example, she used 50 Shades of Grey as proof that building sexual suspense was popular with millions around the globe.

Nadia added: “Whether E.L. James was cognisant of it, this technique works by appealing to that ‘brain-vagina loop’ Wolf argues holds the key to unlocking desire in women.

“When you build suspense though sexting, subtle intermittent touch, foreplay, and mood-setting devices like candlelight and romantic music, you’re essentially code-breaking that circuit.”

The sex writer also gave advice for ensuring women orgasm every time too.

She said that the two “hot spots” most people are familiar with on a woman’s body are the clitoris and the G-spot.

However, she added that sections of the vaginal walls, the perineum, anus and cervix also have a matrix of nerves surrounding them and should not be overlooked.

Nadia also said that scientists have found a “sensory arm” connecting the clitoris and G-spot, and said the discovery is a “game-changer.”

She said: “The clitoral-G-spot connection is so powerful when both areas are stimulated simultaneously, most women can achieve extremely reliable orgasms.”