Why women fantasise about rough sex 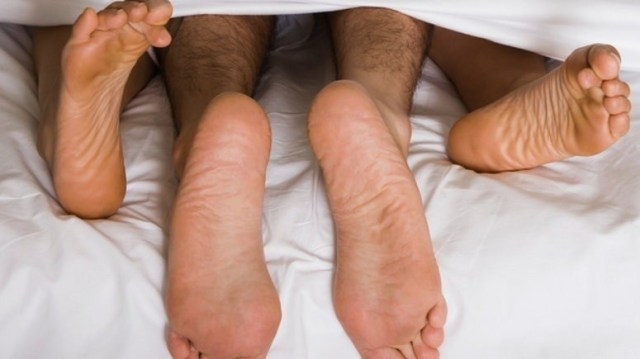 If you're into rough sex, you're definitely not alone.

When I surveyed more than 4,000 Americans about their sexual fantasies for my book Tell Me What You Want, rough sex turned out to be one of the two most common things people had fantasized about. Most people—regardless of gender and sexual orientation—appear to have been turned on by the idea at some point.

So why is rough sex arousing to so many people, and especially to women?

A recent study published in the journal Evolutionary Psychological Science offers some answers.

Researchers surveyed 734 college students in New York about their attitudes toward and experiences with consensual rough sex. Most of the students identified as female (77%) and as heterosexual (92%).

A majority of the sample (51%) said they had engaged in rough sex before, with the most frequently reported rough sex behaviours including scratching, spanking, pushing, name-calling, tearing clothes, tying up, blindfolding, and slapping.

Before we go further, I should note that the authors of this study talk about these behaviours as “playful force” rather than as abuse or violence. Keep in mind that these are consensual behaviours that, more often than not, occurred in the context of a long-term relationship and rarely (less than 1% of the time) resulted in any kind of serious injury. In other words, we aren’t talking about behaviours where people truly wanted or tried to hurt a partner.

In fact, people seemed to really be enjoying this kind of sex. When asked to compare how rough sex differs from “typical sex,” both men and women said that orgasms are more frequent and intense, partners make more effort to satisfy one another, the sex is more arousing, and the thrusting is more vigorous.

Beyond these enhancing effects on orgasm, what else might draw people to rough sex?

Participants in this study were given a long list of potential triggers of rough sex and asked to report whether they’d ever been prompted to have rough sex for each reason.

Among the most common triggers were trying something new, boredom, and playing out a fantasy. This tells us that rough sex is often just about feeding our need for sexual novelty. Humans—men and women alike—have a tendency to grow tired of sexual routines. We need to keep mixing things up in order to maintain sexual excitement, a phenomenon sex researchers refer to as the Coolidge Effect.

Another common trigger for rough sex, especially among men, was having been separated from one’s partner, as well as suspecting that one’s partner may have cheated. The authors of this study interpret these results through the same evolutionary lens: When men perceive a risk that their female partner has had sex with someone else, this triggers sperm competition. In other words, it leads men to engage in sexual behaviours—like deep and vigorous thrusting—aimed at displacing any semen that may have been deposited by rival men so that their own sperm have a better shot at fertilization.

Drinking alcohol was another common trigger, which makes sense: Alcohol simultaneously lowers sexual inhibitions and dulls sexual sensations. This combination of factors ups the odds of trying something you might not otherwise do while sober, while also experimenting with more intense activities in order to counteract the depressing effect that alcohol has on our sexual system (which includes suppressing arousal and delaying orgasm).

Lastly, the other major set of triggers included situations where people were already in a heightened state of physiological arousals, such as after a fight, being angry at one’s partner, and having just exercised. These triggers can be explained by something psychologists call excitation transfer, which occurs when carryover arousal from one situation amplifies our arousal or excitement in an unrelated situation. In other words, if your body is already amped up at the start of a sexual encounter, that’s going to lay the groundwork for pursuing a more active and intense experience.

The key thing to take away from this is that rough sex appears to be a normative sexual interest and we need to be very careful to distinguish it from sexual violence and relationship abuse. Rough sex is not exploitative—it is consensual and the people who have it are reporting an intense, mutually enjoyable experience.