An unprecedented morning on radio 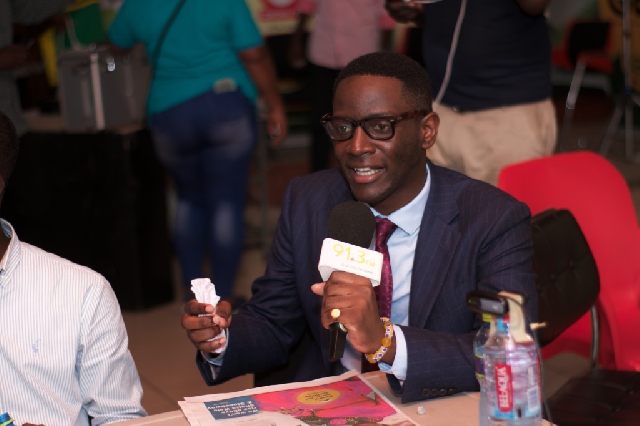 The Ayawaso West Wuogon by-election was underway and the Class 91.3 FM Executive Breakfast Show, anchored by Benjamin Akakpo, had constituted an in-house panel of two analysts – myself and Abdul Karim.

The focus was on the one job that is, without the slightest doubt, the worst in public service: Chairperson of the Electoral Commission. It was as clear as crystal that mainstream media naively misread the pulse of the political atmosphere – many assumed the process will transpire fairly; I didn’t, instinctively.

But of course, without any substantial political intelligence reports to suggest the Electoral Chairperson was either impartial, incompetent or a puppet civil servant, it would be reckless to incite panic and arouse fear, so the panel thought it prudent and responsible to ditch the war drum.

The irritation beneath the beauty of live radio talk shows, for panellists, involves hours of listening to opinions with which you profoundly disagree. But there’s probably nothing worse than being livid and not getting a turn to free your mind. It took a considerable amount of self-restrain not to interrupt the host and other panellist.

I heard myself clamouring from within “hush up optimists, let’s fan the fires of suspicion and mistrust instead”. I scribbled across the page of my notepad and crumbled it in frustration. The rant needn’t be scripted. I was prepared to struck my arguments home impulsively.

The opportunity finally presented itself and I began firing on all cylinders. The unthinkable happened barely 5 minutes into the outburst – Jean Mensa, Chairperson of the Electoral Commission, walked in.

I was utterly perplexed; she caught the entire production team off-guard. I lost focus for a bit. “Wait a minute, hang on, I don’t quite think Jean has ever granted a live studio interview. This is her first”, I thought.

It didn’t take long to conclude that the unanticipated presence of Jean on our panel had made the occasion historical. But then, it also occurred to me that it was completely uncharacteristic of an Electoral Chairperson to join an in-studio discussion in the middle of an election; this was certainly an unprecedented act.

The expectation is for the Chairperson to speak only when the exercise was over. For someone who is constantly admonished by the press, politicians and the general public, Jean has always maintained an assertive posture. She glides with such confidence it’s almost impossible for anyone to intimidate or provoke her.

The electoral process, while Jean Mensa granted the unscheduled interview, had gone south. In the heat of the by-election, Sam George was assaulted. He was engaged in a bellicose exchange with an alleged member of a politically affiliated criminal syndicate.

He was at the mercy of the hooligans. No one should have to take three bold and reflective steps backwards to recover from a slap, only to be met with a couple more. Truly despicable to say the least! And to wit, Sam had the best public relations narrative after being subjected to both public ridicule and sympathy — he claims that rounds of shots were fired directly at him and yet the bullets, I guess just like most of Akufo-Addo’s policies, missed the target completely.

Well, clearly, Sam is much better at self-defence than the footage of him getting whipped around would have you believe.

The social democrats, the toothless minority of the 7th Parliament, were furious.  But they didn’t just bark; they took a 2.23-kilometre trek to the police headquarters to register their displeasure about the Ayawaso West Wuogon by-election violence. Quite frankly, this exercise was to prove to sceptics that they are clearly fit to run the next administration.