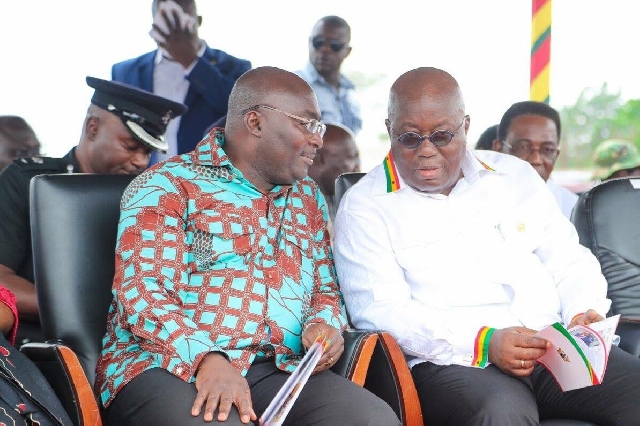 Below is a press statement issued as far back as October 17 2018 by the Federation of Muslim Councils (FMC) under the title of “Re: Proposed National Cathedral and Matters Arising.” I am presenting it unedited, due to the continued resonance of the issue it was addressing – an issue whose danger to the peace and security of my country I have been raising fairly regularly in these columns. I am also aware of a similar statement from the Coalition of Muslim Organizations (COMOG) and an organization belonging to Ghana’s traditional faiths also issued a statement condemning the “Cathedral of Doom” (credit. Prof. Kofi Awoonor).

One Religion Over Others In Ghana

“The Federation of Muslim Councils (FMC) has followed with keen interest the discourse surrounding the controversial proposed National Cathedral and matters arising from the discourse. At the centre of the controversy is source of funding for the construction of the cathedral. A large section of Ghanaians have described it as a dissipation of public lands and National Resources while others have accused the government of misplaced priorities Regrettably, both government and the Ghanaian clergy have not been candid with Ghanaians in respect of the source of funding for the project. Some of the clergy want Ghanaians to believe that Government only donated a bare land to the Christian community and that the latter would raise funds for the construction.

Others, however, insist funding must come from government. On Tuesday, October 9, 2018, Ghanaians would hear what the media would describe as President Nana Akufo-Addo’s spirited defense yet “of his administration’s decision to construct a National Cathedral in the capital, Accra” as his government’s supreme priority. Worrying for the FMC is that fact that while some of the matters arising from the discourse are facts that have been twisted, others are outright untruths being told about Ghanaian Muslims generally, and

Hajj Operation in Ghana in particular - all of these as an attempt to either defend or justify government’s decision to have a national cathedral for Christians in Ghana.

For instance, in reference to the Kanda mosque in Accra, it has been argued by some defenders of the national cathedral, including especially one Rev. Chris Adusei Donkor, on social media, that “the Government decided to give that big land at KawoKudi to the Muslims to build that giant and beautiful mosque and secondary school”. It is also the assertion by many, including some Muslims, unfortunately, that government uses taxpayers’ resources to sponsor and or subsidizes hajj for Ghanaian Muslims undertaking the pilgrimage to Makkah. These claims the supporters of the National Cathedral want Ghanaians to believe to constitute enough justification or grounds for having a National Cathedral at the expense of the taxpayer.

It is worth noting that the FMC does not have any qualms with our Christian brethren building a National Cathedral for their activities. In the same breath, however, the FMC would implore supporters of the National Cathedral not to distort facts about Muslims in furtherance of their crave for a cathedral – to balance the equation, so to speak. It behoves the FMC, therefore, to set the records straight on hajj operations in Ghana as well as the mosque at Kanda.

To start with, the land on which the Kanda Mosque is build was not a donation nor gift from any government; the plot was given to Muslims by the erstwhile PNDC in replacement for the forcible takeover and subsequent demolition of the then Accra central Mosque at Makola No.1 to make way for construction of the present Rawlings Park for public use. Funding of the building has attracted no pesewa from any government; the mosque is what it is today through benevolence of certain Muslim philanthropists and Islamic countries such as Turkey.

The assertion that governments of Ghana, including the present one, use taxpayers’ money to sponsor pilgrimages for Ghanaian Muslims is nothing but a joke, if not a lie. In the last decade, each year’s hajj comes with a fare. The fare for this year’s hajj, according to the GhanaHajj Board (known in the Kingdom of Saudi Arabia as the Pilgrims Affairs Office of Ghana), is Ghc15, 000 (fifteen thousand Ghana cedis). Each ofthe Over 5,000 Ghanaians who performed the hajj this year was expected to pay the fare as condition precedent to embarking on the trip, and Ghanaian Muslims, from time immemorial, have been bearing their own expenses for the hajj.

What many have failed to query is the airlifting of soccer enthusiasts within political parties to international soccer tournaments at the expense of the tax payer. The practice is replicated during hajj when, depending on which party is in power, Muslim members of theparty also find their way to hajj. Such sponsored individuals are called protocol pilgrims.

Thankfully, no less a person than a former Minister of Information who doubles as a prominent member of the present NPP government has revealed the party members are funded to attend the hajj. Explaining the source of some protocol Hajj tickets for this year’s (i.e. 2018) hajj, on Citi FM’s Eye Witness radio program on Monday, September 03, 2018, the Minister-designate for Inner Cities and Zongo Development, Hon. Dr. Mustapha Abdul Hamid, revealed that for the 2018 hajj, his predecessor, Hon. Abubakar Sadick Boniface personally appealed to the Moroccan government through that country’s Embassy in Ghana to sponsor Muslims for Hajj, and he received a number of packages which party members used for Hajj 2018; obviously, not government money.

If indeed it is true that government paid for the over 5,000 Ghanaian Muslims who attended the hajj pilgrimage, that would constitute a waste of the taxpayers’ money. Anybody claiming government paid for, or subsidised the hajj in any form should publish evidence of such claim. And in case government gave monies to any individual or group of individuals with the objective of running the hajj, the FMC equally implores government to publish the amount and recipients of such funds for transparency and accountability.

In light of the foregoing, neither the Kanda Mosque in Accra nor the Hajj operation in Ghana can be enough justification for government’s decision to waste state resources for private gain, [a National Cathedral], to court the Ghanaian Christian Community solely for their support.

In the absence of any sound justification, the construction of the cathedral would mean the thrust of one religion over others in Ghana and a recipe for religious agitations. Nothing should be undertaken for political exigency to mar the peace coexistence among religious adherents in Ghana. This, together with many other dire economic reasons cited by majority of Ghanaians, makes the cathedral project unconscionable and fit for abandonment.

Our affable President Nana Addo Dankwa Akufo-Addo is considered as a Listening President, and the FMC respectfully implores the President to listen to Ghanaians’ demand for a more productive use of state resources than spending same on a cathedral.” Hajj Muhammad Kpakpo, General Secretary.

Dr. Alhaji Bawumia’s silence on this issue, both baffling and intriguing, begs many questions and raises many concerns. When his religion is clearly being marginalised and denigrated, he chooses to remain silent, but when it suits him, he exploits that same religion for his parochial partisan political games. For example, his recent exploitation of the National Chief Imam’s eminence to play politics at Ejura was roundly condemned by many Muslims.

On this so called national cathedral of Ghana, many Ghanaians, including Christians have expressed misgivings as to its (ir)relevance, wastefulness and sectarian nature – meaning even before birth, it has received the stamp of “controversial”, rendering it unsuitable to become a rallying point for any “national” call. And on the cathedral itself, how and who will choose its bishops, pastors and other officials? And there are unresolved doctrinal issues between the Catholics, Protestants, Evangelicals and other creeds. Talking of creeds, the issue of the “Filioque”, I believe still remains a sore point between the Eastern Orthodox and Western churches. Have all these been thought through as this Christocentric edifice is being foisted on us? Never in our history has religious hegemony been promoted as a central plank of state and government practice as in the present – a move fraught with dangerous backlash landmines.

Dr. Bawumia cannot say he is unaware of these questions and concerns and must therefore be straight about his complicity: Is he or is he not part of this proselytising agenda? Ostrichism will not work here. History, but especially Ghanaian Muslims, will judge his complicity, or not, in this very dangerous neo-crusade agenda on our soil, when the full import eventually sinks in all round…