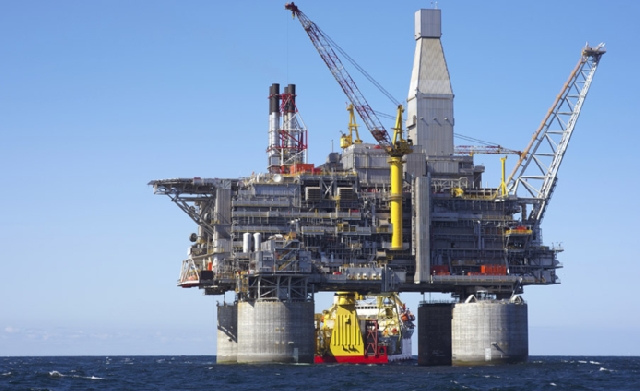 The Ghana National Petroleum Corporation (GNPC) intends to acquire ownership in two oil blocks; a 37 percent share in the Deep Water Tano Cape Three Points (DWT/CTP) operated by Aker Energy and a 70 percent stake in the South Deep Water Tano (SDWT) field operated by AGM Petroleum. The acquisition further seeks to establish a joint operating company between Aker Energy, AGM and GNPC Explorco, and therefore the Minister of Energy required of Government to consider and approve a US$1.65 billion to finance the intended acquisition and other cost incidental to the acquisition.

The Government of Ghana (GoG) in its justification for the acquisition provided three main reasons. First, the document laid before Ghana’s Parliament states that the oil majors are shifting from fossil fuels to renewable energy and therefore Ghana will have its underexplored and undeveloped resources stranded if it does not undertake exploration and development on its own or build its own operator capacity as has been done in Brazil, Indonesia and Malaysia et cetera.

Government further posits that because of Ghana’s accelerated growth strategy as articulated in the Coordinated Programme of Economic and Social Policies (2017-2024), echoed in the vision of Ghana beyond aid, a favourable exploration and production investment in the oil and gas industry is key. According to Government, it is vital to the extent that when the big oil companies exit the fossil fuels domain, a well-positioned GNPC will catalyze the exploitation of the country’s hydrocarbon resource potential projected at between 15 – 30 billion barrels of oil equivalent.

It concludes its justification for the deal that the action will safeguard the oil and gas industry for Ghana by accelerating GNPC’s drive towards operatorship, in partnership with contractors that have shown a track record of deep-water exploration and development.

The request by Government has so far received Parliamentary endorsement. Parliament approved the request by GNPC to borrow to buy the two stakes. The Joint Committee of Mines and Energy and Finance of Parliament approved the request in early August 2021. This was after the Energy Minister, Mathew Opoku Prempeh submitted a memorandum to the legislature seeking approval to purchase the 70 percent stake in the South Deep Water Tano (SDWT) and the 37 percent stake in the Deep Water Tano/Cape Three Points (DWT/CTP).

The Committee, after diligently analyzing the risks and benefits of the transaction as presented by the Ministries of Energy/Finance and GNPC, agreed by consensus that; GNPC, through GNPC Explorco should acquire the equity stake.

Other recommendations made by the joint committee of Parliament are as follows:

-       A loan facility to finance the acquisition cost not exceeding US$1.1billion and GNPC Explorco share of the capital expenditure (CAPEX) to Pecan 1 First Oil of US$350 million.

The Committee recommended to the House to adopt its report, and approve by resolution the transactions as stated in paragraph 7.1 (a), (b), (c) and (d) of the memorandom, subject to the following:

-       The terms and conditions of the loan for the acquisition of the shares shall be brought to Parliament for consideration pursuant to Article 181 of the Constitution.

-       The Petroleum Agreement (PA) between GNPC Explorco and Aker Energy/AGM shall be laid in Parliament for consideration pursuant to Article 268 of the Constitution and Petroleum (Exploration and Production) Act, 2016 (Act 919).

However, this approval by Parliament did not come without resistance by section of the Ghanaian public. Civil society organizations (CSOs) petitioned Parliament to reconsider the planned acquisition of stakes in the oil blocks by the GNPC. The group were not opposed to Government increasing its stake in natural resource ownership; they only expressed their concern about a possible threat to the country’s economic and fiscal outlook from the transaction in the form presented to Parliament.

The criticisms were expected, given the scams and corrupt activities that sometimes charactizes Government’s transactions in the energy sector. The critics help drive the conversation around a particular transaction or subject matter, seeking for clarity while ensuring that the country is not shortchanged in the process.

For the SDWT block, some are calling for an independent valuation for purposes of determining a fair price for Aker’s divested interests. For others, there is scanty information that can support the numbers GNPC is talking about. It is submitted that the justifications provided above by Government is perhaps the weakest reason GNPC (in its current state) should acquire this quantum of percentages in the AGM Block in particular.

These arguments and many others that have been advanced since the news about the GNPC/Aker transaction broke, are all well in order, for purposes of ensuring Ghana gets a fair deal.

But a careful examination of the AGM Block show that GNPC’s move to include it may be wise.

To start with, the AGM block is by far the biggest in Ghana at 3,500 square kilometer (sq.km) in size. It is said to have a prospective resource potential of more than 4 billion barrels recoverable. It is a known fact that AGM has already drilled two wells in the block. The Nyankom discovery was hugely successful. The second discovery KyenKyen was dry, but that certainly may help AGM become more educated on the area potential; something that could benefit GNPC in the long run.

From the works done so far, we now know that the Nyankom discovery has volumes of 127 million barrels of proven oil reserves. The Nyankom greater area according to records, may have additional prospects (fields) between 400 – 695 million barrels of oil. If the 695 million barrels are proven, the Nyankom greater area will contain more recoverable barrels than what remains in Jubilee, Tweneboah-Enyera-Ntomme (TEN) and Sankofa Gye Nyame (SGN) combined, but pending that all prospects indicated are proven through exploration and approasal. This is why you will not be wrong if you choose to describe the AGM block as a true Jewel. It is a well known rumour that ExxonMobil among others have wanted to farm into this block.

GNPC’s greatest technical know how is in its geological expertise. The firm’s experts have come to intimately appreciate the quality of the Nyankom reservoir. Especially the permeability, which determines how oil flows through the reservoir has been deemed pretty high. This quality reduces the number of wells required to develop the Nyankom field and hence also the facility investments. This has a significant impact on the commercial potential of the Nyankom field.

Some have questioned why GNPC has chosen to discuss the proposed stake increase jointly in Aker Energy and AGM when the two are seperate entities. But, what could be GNPC’s rationale? However, it is known that Aker Energy and AGM has wide-ranging resource sharing agreement, and are in many ways run as one company, raising substantial synergies between the two licenses. Additionally, because the licenses have been run under one company, it is likely that splitting them up will incure substantial extra (petroleum) costs.

The potential of the field is also reflected in the valuation. From documents cited, the UK based Lambert Energy with a joint mandate from both GNPC and Aker Energy and AGM indicates that out of the US$2.5 billion value estimated by the Lambert valuers, no less than US$700 million is allocated to AGM. It is also important to note that this valuation mostly values the discovered volumes of the Nyankom discovery and does not put any significant value on the upside potential around the field.

This entire transaction as has been mentioned, is inspired by GNPC’s long standing ambition to take full control of oil resources as a stand alone operator. So, for GNPC to become a true operator fully able to explore and produce Ghana’s oil resources, it also needs to learn how to master the appraisal stage. That stage is already done in the Aker Energy block, so the AGM block may come in as ‘perfect learning ground.’

The Ghana National Petroleum Corporation (GNPC) that is seeking to acquire a stake in the South Deepwater Tano (SDWT) oil block, may do itself a lot of good if it provides adequate information on this block to the public. Of course, people require information to make decision, and until that is provided, the GNPC can expect people that are interested in the matter to conjecture.

While it must welcome the criticisms, the GNPC must also open its doors for public engagements, and to allow the public have access to information on the AGM and other blocks, without hassle. Transparency on its dealings would go a long way to assuage the fears of the populace, and to garner the necessary support for the proposed venture.

CSOs and subject matter experts who are against GNPC’s acquisition of the higher stakes in the AGM oil block, the renewed attempt at operatorship and the related borrowing  are encouraged to reach out to GNPC and AGM for additional information. The genuine concerns of these CSOs and subject matter experts must be adressed by GNPC while building consensus and ganering support for it’s proposed venture. There may be so much more to learn about this possible Jewel.

Emmanuel Kpogo is a Professional Member of the  Institute for Energy Security (IES).