Harruna Attah writes: Brɔfo! How JM outwitted them with language 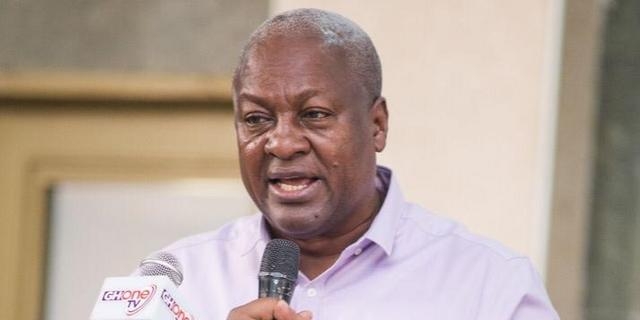 Let us do some laughing in these columns today! In those very far away days when “The Readers Digest” was a leading must-read, it was educative but also had many humour-laden titbits. These were little breaks that provided all sorts of vignettes of life. One of my favourites was “Laughter, the best medicine”, which always lived up to its billing. You would come across stuff to make you laugh, smile, or even guffaw and generally set your mind in a positive lighthearted mood. The world seems to have stopped being funny with all of us hiding stilettos behind us, ready to sink into each other’s hearts for one thing or the other, especially those involving money, religion and politics! That’s not meant to be funny!

The Mat of shame

It’s not funny, all that pervading dourness and humourlessness now the defining character of Ghana! I have been compelled to dredge out Bedlam, several times in these columns, to summarise the situation in Ghana today. Within this context, I came across some fun stuff last week which got me laughing quite a lot. It was not humour as in ordinary slapstick, but something rather delicate and cerebral. Ihave not been able to stop laughing. There is a proverb in Hausa that goes something like this, the spelling is Anglicized: “Tabarman kunya, da hauka ake nadewa.” Translation: The mat of shame is rolled up with madness. Could also be the mat of embarrassment. And the madness, could also be tantrums.

Three English words, “Do or Die” were the source of my mirth. During his “Thank You” tour of the country, President Mahama told his party members and supporters, somewhere in the Bono Region that the next elections would be a “Do or Die” affair. With “All Die Be Die” in mind, some people, but especially Nana Addo apologists, like that rejected MP of one of the Greater Accra Constituencies, who often sounds demented, immediately jumped into action, finding in JM some sinister threat fit for condemnation. This apologist pounced, finding something as usual, to equalize. Others, not so demented, but exhibiting the usual sanctimoniousness of uncritical minds, also jumped on to the bandwagon chastising JM for his choice of words – not knowing they were parading ignorance for knowledge.

As unflappable as ever, JM took no umbrage but calmly explained the usage as idiomatic and referred all the critics to go to their English language dictionaries. Google was for me closer at hand, and this is how I was educated: “…used to describe a critical situation where one’s actions may result in victory or defeat” and explaining further, the genteel sport of golf was cited as an example as in “the 72nd hole was do or die”. There was no hint of violence, neither from whoever – person or group – caught in that predicament. It was more like you setting yourself a target or objective, that you must not lose. It is your choice.

JM is not a combative or pugilistic kind of person and chooses his words carefully and so refusing categorically to retract with the kind of gusto he did was refreshing and enervating. A JM aficionado like me could not help but punch the air in support. This dictionary ruling should have ended it there, but some people, including some media, still wanted to create a mountain from an issue that was not even a mole hill by asking for a public opinion. That got me laughing, if a little irritated. What was the point? And I was left wondering how the former MP’s face looked after all that egg…

And now comes the real hahahaha part: Tilapia the cartoonist. He settled it for me and I think, for all, with his take – see image above. All copyright protocols and acknowledgements duly deposited here. It is Tilapia’s startlingly succinct interpretation that got me in stiches – laughing all the way to the loo! Laughter is indeed the best medicine. As I was healing myself with laughter, another laughter-inducing thought crossed my mind: The National Peace Council. I thought they would also issue one of those their one-sided statements of condemnations against JM and have egg all over their faces! I think they held themselves in check just in time, or maybe just like JM, they also knew the true import of Do or Die, in which case, they just shut up. But would it not be fair for them to issue a statement asking people to leave Mahama alone, for he had done nothing wrong? A little honesty would do nicely here. Stop comparing apples with oranges or horses and donkeys! These two creatures, even if they are from the same Equidae family and may look alike, to the untrained eye, a horse is not a donkey and vice versa, they are quite alike, but different. Do or Die is an English idiomatic expression as stated earlier, encouraging great effort in any endeavour to avoid failure. “All die be die” is a pidgin language term for readiness to kill or be killed as a means of achieving a goal.

Knowledge is truly power – even if it involves only a little brɔfo!

Hahahahaha! Ghana is too tense, so tense that, this play with/on words becomes a national issue and the tabarman kunya is rolled out!  About time we healed our selves with laughter and say cheers to Gelos and Risus.

Long may Auntie Ama live. Announcing the demise of one of our most respected literary icons when she is still alive? I had started doing a tribute when a disclaimer from her daughter was posted online to reverse the earlier obituary. No further comment.