Importation of frozen chicken in Ghana 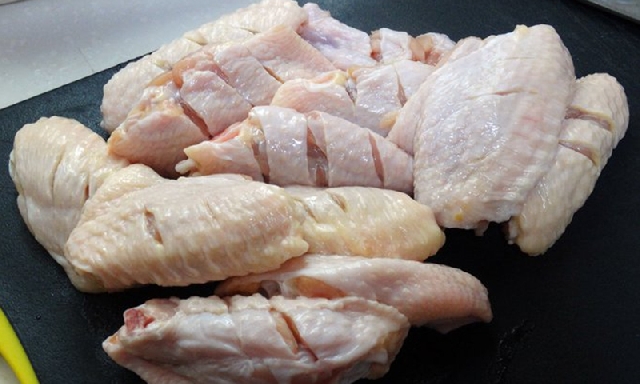 One of the main sources of animal protein for many households in Ghana comes from frozen Chicken (Kwadzo et al., 2013). According to the United States development agency (USDA, 2017) , one of Ghana’s most consumed and highly preferred animal proteins is frozen chicken. As much as there is a high demand for it, a sizeable proportion of frozen chicken is not produced in Ghana. Ghana highly depends on the imports of frozen chicken from developed countries (Banson et al., 2015).

While the demand for frozen chicken continues to rise, the domestic supply appears to be stagnant over the years.  Below is the trend of Ghana’s importation of poultry meat. As shown in Figure 1, there has been an upsurge in importation from 93,108 metric tons in 2016 to about 222,000 metric tons in 2018. Comparatively, the exportation of poultry meat to other countries is safe to say, nil, as shown in Figure 1.

On average, the consumption of chicken in Ghana grows at a rate of six percent (6%) per year. This trend of chicken consumption will continue to increase due to rapid population growth and economic growth. The local industry used to be responsible for providing high-quality protein meat and supplied about ninety-five percent of the country’s total domestic poultry meat requirement. However, since the mid-1990s, the share of domesticproduction has declined. Domestic chicken meat production only supplies less than twenty percent of the total domestic demand, with the excess demand met by imports (Naggujja et al., 2020; Randon & Ashitey, 2011).

Naggujja et al., 2020 assert that because of structural constraints such as the high cost of poultry feeds, equipment, and financing for efficient production, domestic producers are unable to produce to meet the increasing demand for the commodity.

Poor and inadequate local infrastructure also contributes to the high cost. The majority of poultry production in the country takes place in the rural hinterlands, away from the urban areas where the demand is high. These high costs have resulted in a reduction in the returns on producing chicken meat locally. As a result, many of the producers in the country have diverted from broilers production to producing layers (Etuah et al., 2020; Rudloff & Schmieg, 2016).

Aside from the high cost of production, inadequate protection of the poultry industry from unfair competitionand trade practices is a cause of the low domestic production. It leads to the very high imports of foreign-produced frozen chicken into the Ghanaian market.

The domestic cost of producing a unit is far above the price of imported chicken. The poultry imported from Europe and the United States of America is heavily subsidized, making the imports artificially low-costcompared to the domestic produce. Imported chicken is about thirty-five to forty percent cheaper than what is produced domestically. The local farmer cannot compete. This phenomenon is not healthy for the domestic industry as it undermines the growth of the local industry. As a result, imported chicken tends to be less expensive than what is produced domestically (Banson et al., 2015).

Furthermore, the growing strong preference, for various reasons, for imported frozen chicken is also a contributing factor in Ghana becoming a net importer of frozen chicken. The strong preference for the imported poultry meat is due to its availability in different parts, sizes, and forms. This makes it very convenient for the average Ghanaian household compared to whole dressed birds, which is the dominant meat product of the local poultry industry (Dziwornu et al., 2014; Takyi-Mensah, 2012). This is also one of the reasons why most local poultry farmers have shifted their attention from broiler production to the production of layers (Food and Agriculture Organization (FAO), 2013).

It is worth iterating that constraints responsible for the slow growth of the country’s poultry production are lack of processing capacity, inadequate finance and access to credit, low disease-resistant breeds of livestock leading to high incidence of livestock diseases, and limited access to appropriate technology.

I had an interesting discussion with the leading importers of frozen products in Ghana; IDS LIMITED, IZAKO LIMITED & OMEGA 3 IMPEX LIMITED, on the use of technology in the industry. The need for affordable and efficient equipment in the local demand of poultry was not understated by all of them them. To them, they’d easily purchase from local producers as well once local production gets competitive, and meet quality demands that the market dictates. The guys at IDS Limited are however deploying impressive use of modern technology in the distribution and supply of their commodities.

Nonetheless, despite the many challenges of poultry production in Ghana, the country needs to change this trajectory. Measures need to be implemented to cut the high dependency on imported chicken to revamp the industry. Ghana stands to gain a lot if it is able to address the major constraints faced by the industry.  Among the reasons why government and other stakeholders need to pay critical attention to the development of the industry is;

The ever-increasing demand for chicken consumption.

Frozen chicken remains one of the most preferred sources of animal protein in the country. The demand for chicken meat continue to increase; again, the consumption of it on average increases at a rate of about six percent (6%) per year. According to the USDA (2017), the demand for chicken meat is expected to increase astronomically in the years ahead. There is still an estimated seventy-four percent (74%) demand market share to be yet to be satisfied. The popularity of chicken in the diets of most households in Ghana can be attributed to its comparatively lower price, strong consumer perception of safety, and health advantages compared to other sources of meat protein (Takyi-Mensah, 2012).

Asante-Addo et al., 2020, stated that there is a shifting consumer preference for variety, perceived safety, convenience, and healthier attributes responsible for shaping patterns of chicken meat demand in Ghana. They observe that the changes in preferences have led to the increasing consumption of imported poultry meat.  They also found evidence suggesting that consumers enjoy positive satisfaction from choosing fresh and cut chicken meat.

This finding indicates a general preference for chicken meat produced domestically to imported chicken meat (Asante-Addo & Weible, 2019) if local poultry can meet market demand standards. Like I earlier stated, there have been studies that have concluded that Ghanaians actually prefer domestic chicken meat to imported chicken; these studies also reveal that Ghanaians are on the average willing to pay a premium for it, once the difference is clear. Consumers have been known to perceive the domestic meats to be fresh, free of antibiotics and hormones (Asante-Addo & Weible, 2019).

Even amid all these challenges, the production of chicken for meat is still a viable and profitable venture. Investigations on the poultry industry, particularly the broiler sub-sector, have established domestic meat production’s profitability (Anang et al., 2013; Ayamga et al., 2006; Dziwornu, 2014; Etuah, 2014; Etuah et al., 2020). Developing the poultry industry to be more efficient and meet the domestic demand, likewise leading to reducing imports, will improve the strength of the domestic currency as well.

Another reason for the country to pay critical attention to the development of the industry is that it has the potential to serve as a vehicle that can be used to solve the issue of high unemployment and alleviate poverty in the country. Unemployment and poverty are still prevalent in Ghana, a major concern to policy-makers and other stakeholders. (Dadzie et al., 2020; Poku-Boansi et al., 2020). Poultry production is one of the avenues for alleviating poverty and ensuring food and nutrition security, particularly in the country’s rural areas.

Studies have established that the poultry industry is an important source of employment for people living inrural areas. It can directly contribute to the improvement of rural livelihoods and community development through employment creation and income generation. Poultry production can create employment for the many youths out of jobs, generate revenue for the government, and stimulate growth, thereby reducing rural poverty(Amanor-Boadu et al., 2016).

Given the potential of the industry and the benefits the country stands to benefit from, the government needs to be more committed to existing policy measures put in place to revamp the industry. New policies can also be implemented to complement the existing policies to develop its industry to reap its full benefit. These policies should create an enabling environment to attract and encourage private players in the space, like IDS LIMITED, IZAKO LIMITED & OMEGA 3 IMPEX LIMITED to invest in the industry, especially in processing infrastructure, storage, packaging, and marketing.

Efforts have been made. The Agricultural Development Bank Ghana announced a US$ 87 million loan facility in support of the government’s Broiler Revitalisation Programme, which aimed at increasing the domestic production of chicken. Interventions like this are necessary to improve production output that will match the capacity of the processing industry. More such investments are key for the development of the industry.

The government should provide encouragement and promotion of the local producers to produce the poultry products. The countries that Ghana has been importing frozen chicken from are mostly heavily subsidized. Therefore it will not be a bad idea for Ghana to emulate this by providing subsidies to producers in the industry.

Etuah, S. (2014). Cost efficiency and economies of scale in broiler production in Ghana. A case study of the Ashanti Region.

Rudloff, B., & Schmieg, E. (2016). More bones to pick with the EU? Controversial poultry exports to Africa: sustainable trade policy as a task for the G20.