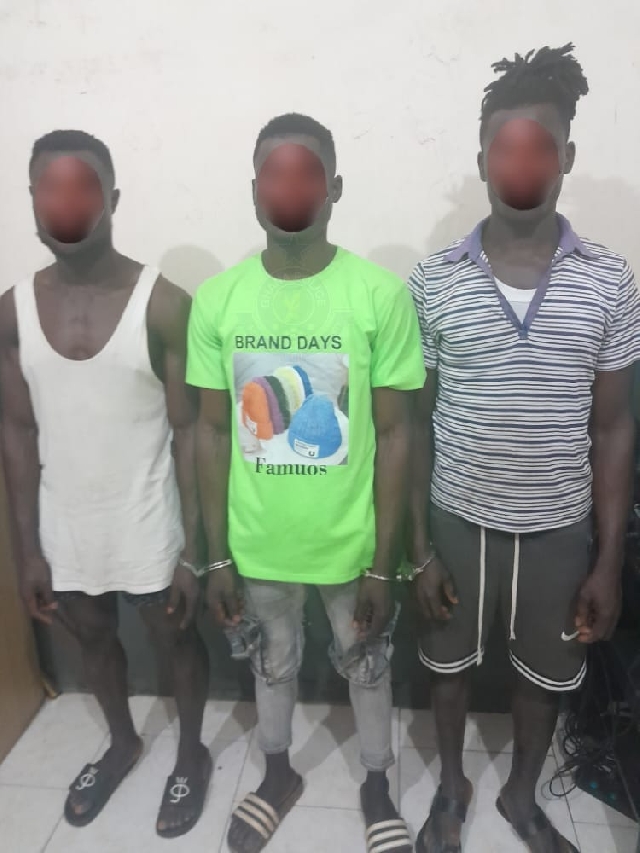 The Police have arrested three suspects in connection with Dompin chieftaincy related disturbances which resulted in severe injury to one person and damage to properties.

The suspects, Ibrahim Issah, Atanga Peter and Asonba Emmanuel were among a group of people who went on rampage and inflicted machete wounds on the victim who is currently on admission receiving medical attention.

The suspects also destroyed some properties belonging to some individuals in the town.

The family house of a claimant to the Dompim-Pepesa stool, Nana Nyonwah Panyin IV, has been left in ruins after the group of armed men went on rampage; destroying properties and attacking individuals. This comes on the back of allegations that the western regional minister and MP for Tarkwa Nsuaem are behind galamsey in the area.

It also follows a statement from the Dompim-Pepesa Divisional Council that Nathaniel Dekyi, who is holding himself out as Nana Nyowah Panyin IV of Dompim Pepesa, is not a chief.

The Police have since restored calm in the town and efforts have been intensified to get the remaining suspects arrested to face justice.