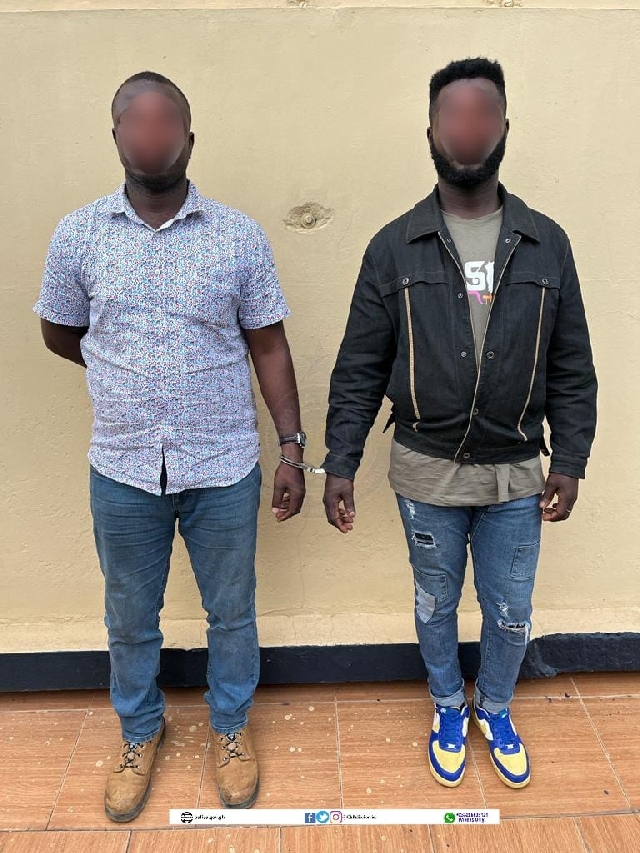 The officers sustained gunshot wounds and are at the hospital responding to treatment.

The weapons used in the attack, two pistols with four rounds of 9mm ammunitions each have been retrieved by the police.

A Land Rover vehicle belonging to the suspects has also been impounded.

The circumstances surrounding the shooting is being investigated and the suspects, according to the Police, will be arraigned to face justice.