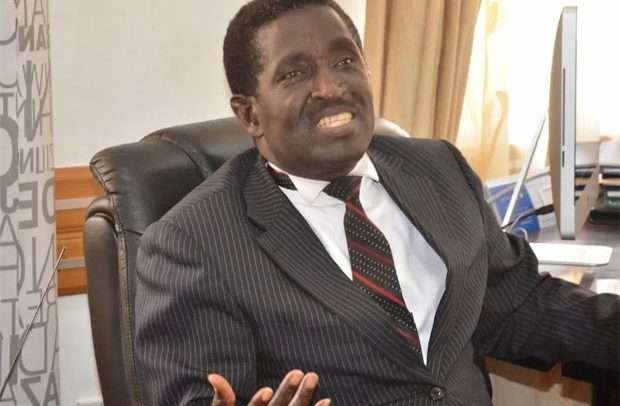 Attempts by the lawyer to file for Aisha Huang’s bail application in court on 10 October 2022, was thwarted when the judge stated: “My mind has not changed. You can make the application but I will refuse you.”

This, according to Captain Nkrabea Effah Dartey (Rtd), is indicative of a pre-conceived mind and described the judge’s posture as unfortunate.

“I’m surprised that a sitting High Court judge can say that: ‘My mind has not yet changed’ and ‘you can make the application, and I’ll dismiss it’. I don’t think it’s proper,” the lawyer told Korku Lumor on Class91.3FM's 505 news programme.

“I would have thought that the sitting judge would have had an open mind, receive the application, evaluate it on its merit and even dismiss it, if she’s so minded,” Mr Effah Dartey continued.

“But, to say openly that: ‘My mind has not changed’ creates an impression that she has a pre-conceived idea about the case, which is not the best for a sitting judge,” he lamented.

The Attorney General and Minister of Justice, Mr Godfred Yeboah Dame, on Monday, 10 October 2022, told the Accra High Court presided over by Justice Lydia Osei Marfo that the state will file eight witness statements in the trial of galamsey kingpin Aisha Huang.

Mr Dame subsequently prayed the court to adjourn the sitting to allow his office, the needed time and space to file the documents as suggested.

The judge upheld his plea and adjourned the hearing to 24 October 2022 to allow the state to file the required documents.

Aisha Huang and three others are accused of engaging in illegal mining and the sale of minerals without a license.

Fresh charges filed against her on September 16, 2022, are as follows:

Four: Entering Ghana while prohibited from re-entry contrary to section 20(4) of the Immigration Act, 2000, Act 573.