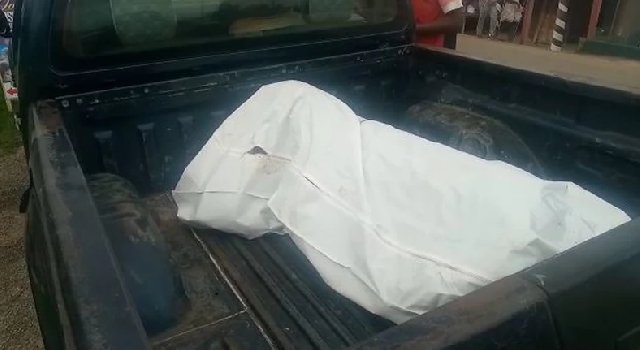 The body of a 28-year-old driver, Bernard Botwey, popularly called ‘Wire’ has been found in an uncompleted Senior High School (SHS) building at Ajumako Mondo in the Ajumako Enyan Essiam District of the Central Region.

The deceased, a taxi driver, had gone missing three days ago.

According to the drivers at the station, three men patronised the services of the deceased around 7pm on the day he went missing.

The men picked the deceased’s taxi from Ekumfi Esaakyir to Enyan Abaasa but the taxi driver is reported to have disappeared after that trip and all efforts to reach him proved futile.

The drivers at the station, where the deceased plied his trade together with his family reported his disappearance to the Police.

Some persons however, perceived a strange odor at the premises of the school, where he was found, on Tuesday, 1 November 2022.

A search began to find the source of the stench and the body of the deceased was found in the process of decaying in an uncompleted building.

The body was found to have been tied with a rope and had cutlass wounds on it without a head.

The taxi the deceased was driving was also not found.

The Ajumako District Police were informed about the incident.

The body has since been deposited at the Cape Coast Teaching Hospital morgue for autopsy and preservation.

The Ajumako District Police have also begun investigations into the matter.