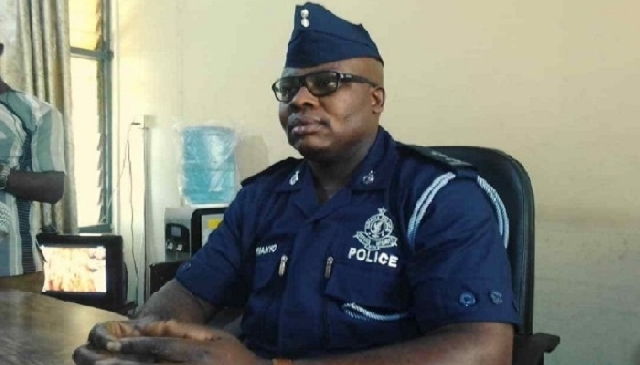 The Ashanti regional police command has arrested nine suspects in connection with the three persons who were shot dead by armed robbers at Dadiese in the Amansie South District.

The PRO of the command, ASP Godwin Ahianyo, said the suspects, seven males and two females, are in police custody.

Eight gunmen on Tuesday shot and killed three people including the driver of the District Chief Executive for the area.

According to him, the gunmen attacked a gold dealer and robbed him of four pounds of gold and a cash of GHS17,000 before they fired gunshots indiscriminately, killing the three people and injuring one.

The fourth victim, who sustained gunshot wounds and was in critical condition, was rushed to St. Martin’s Catholic Hospital at Agroyesum for medical treatment.