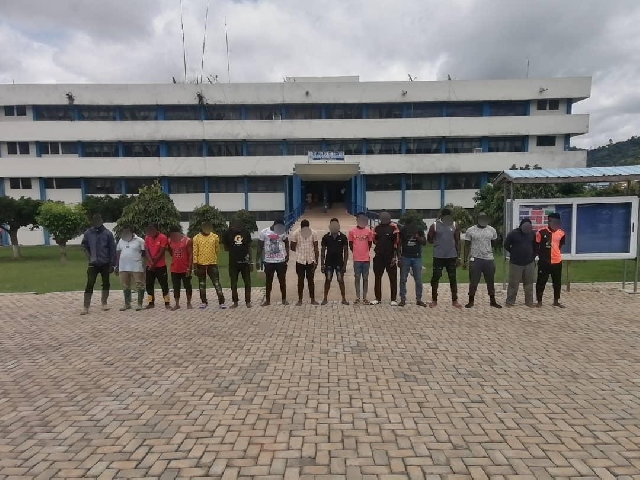 The 16 suspects on parade

There was a free-for-all Rambo-style broad-daylight shooting incident at Asaman Tamfoe in the Eastern Region on Thursday, 29 September 2022.

Heavily armed gunmen could be seen in a viral video yelling instructions and firing at a parked SUV with their assault rifles and pistols.

The police has subsequently arrested 16 suspects in connection with the shooting rage.

The incident occurred between some persons believed to be illegal miners and a community anti-galamsey task force. 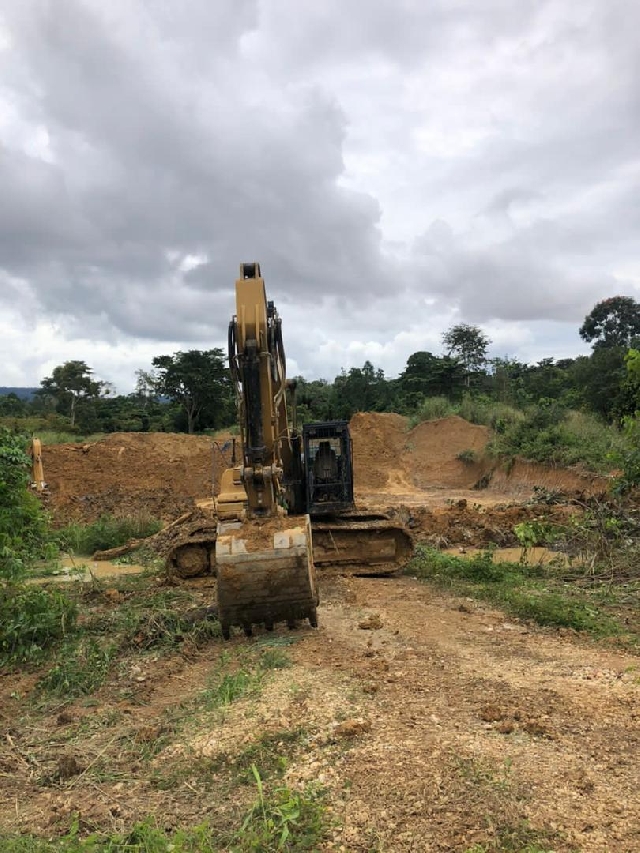 The police say efforts are underway to arrest the remaining suspects and retrieve any other weapons in their possession.

The police administration said it has seen a viral video on the incident, which is being reviewed as part of the investigation.

“We would like to assure the public that all the other perpetrators will be arrested and brought to face justice”, a statement from the police said on Friday, 30 September 2022.