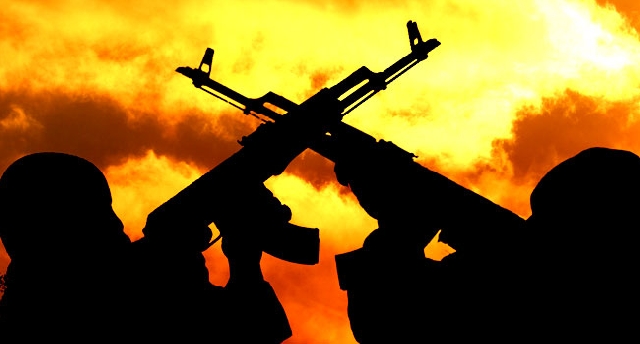 Armed robbers invaded a Johannesburg church in South Africa and stole from the congregants at gunpoint over the weekend.

The gunmen stopped the sermon before proceeding to collect cash and valuables from the people inside the Johannesburg Central SDA church, according to reports.

The moment the gunmen stopped the preaching was captured on the church’s live camera.

The church leaders later posted a message offering consolation to the members and asking members to attend a counselling service on Sunday, a day after the incident.

“We are praying for the church to unite in times like these, supporting each other both moral and practical,” the church said in the post, which included the video when the robbery occurred:

“The Church would like to take this opportunity to assure you that this too will pass. Nothing lasts forever. As leaders, We are praying for the church to unite in times like these, supporting each other both moral and practical.

“See you at church tomorrow, mind you at 10 am the counselling service starts. So let us be there few minutes before 10. Thank you, may God grant us all peace and assurance of His presence.

“God bless you all and We thank him for his mercies

“(Captured by the live streaming camera -The Moment the 6 suspects walked in some producing guns while our Elder was preaching during the divine service)”, the post said.

The provincial police chief condemned the incident, telling the local media that they would do everything to arrest the suspects.