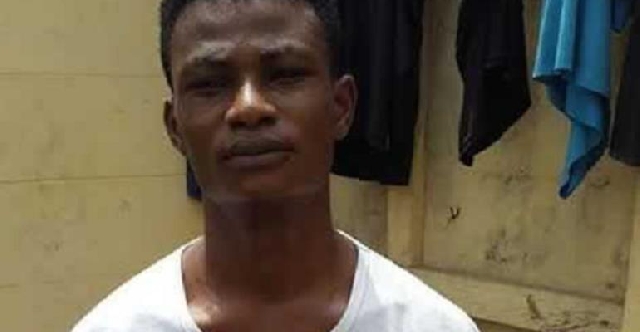 Daniel Asiedu, the main accused in the murder case of former Abuakwa North Member of Parliament (MP), JB Danquah-Adu, has said he is being haunted by the ghost of the MP.

Sexy Dondon as he is nicknamed revealed this during the committal process in court on Tuesday, 10 March 2020.

According to him, he was contracted by some individuals with political connections to kill the MP, and the same people helped him to break into the MP’s residence.

He also indicated that his mission at the MP’s residence was to kill him and not to rob him.

The Abuakwa North MP was stabbed to death at his Shiashie residence in Accra.

Daniel Asiedu was arrested a few days after the 9 February 2016 murder.