Missing cocaine has street value of US$3000 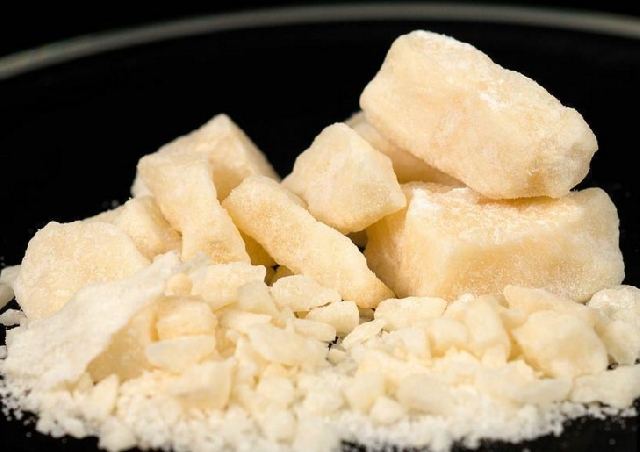 The 100.10 grammes of suspected cocaine which went missing at the Aflao border post on June 5, 2020, has an estimated street value of US$3,000, Daily Graphic’s website has reported.

The value, it said, could be higher considering other factors, a security source told the site.

There has been controversy surrounding the missing of the suspected narcotic drugs with the Customs Division of the Ghana Revenue Authority (GRA) and the Narcotics Control Commission engaged in a blame game.

The effort to find the whereabouts of the missing 100.10 grammes of a whitish substance suspected to be cocaine which was part of the illegal drug seized at the Kpoglu Border in the Ketu South Municipality in the Volta Region on June 5, this year is turning into a blame game.

The two institutions at the centre of the saga — the Narcotics Control Commission and the Customs Division of the Ghana Revenue Authority (GRA) are at each other’s throat as to which of them should be held liable.

In the latest twist, the GRA said it had no hand in the missing parcel and that NACOB was on a deliberate mission to blame the division, when the reality pointed to the contrary.

Reacting to assertions made by the acting Director-General of NACOB, Mr Francis Kofi Torkornoo, in an interview he granted Graphic Online, during which he brought out news about the missing parcel, the GRA said: “If anything, it is NACOB that has questions to answer over the missing drug because of the attitude of its officers in the events.”

In a report to the Commissioner, GRA Customs Division, the Aflao Sector Commander of Customs, Chief Revenue Officer, Mr Majeed Amandi, had suggested that the parcel might have dropped and mistaken for rubbish and accidentally cleared with the rubbish.

"In view of the small size of the particular parcel, it is our observation that possibly the parcel could have dropped in the midst of the disorderliness of the examination process at the conference room and been swept away with the rubbish unnoticed or even pilfered by any of the NACOB officers who handled the substances during the examination for their diabolical inventions," the report, a copy of which the Customs Division gave to Graphic Online, stated.

In the interview published last Friday, Mr Torkornoo had said the substance was detected missing, two days after the seizure, when the Customs Division invited all agencies at the border post to verify the exhibits NACOB left in the custody of Customs before they were escorted to the headquarters of the GRA in Accra.

“The verification exercise revealed that Parcel (h), a 100.1g parcel of whitish substance wrapped in transparent polythene suspected to be cocaine, was missing,” he had told the Daily Graphic.

However, a report from Chief Revenue Officer Amandi, dated June 12, rejected the implication of Customs officials, indicating that there was heavy escort for the vehicle carrying the stuff after it was intercepted and sent to Aflao.

It said on the arrival of the exhibit at Aflao, the sector commander constituted a team of Customs officials, with representatives of all the security agencies, made up of NACOB, the Ghana Immigration Service (GIS), the Bureau of National Investigations (BNI), the National Security, the Food and Drugs Authority (FDA) and the Ghana Standards Authority (GSA), to determine the cargo of the vehicle.

"However, before examination could commence at the VIP Lounge, two NACOB officers who had arrived from Accra demanded that the vehicle with its cargo be handed over to them, even without physical examination, a request which was immediately declined," the report said.

It further indicated that at the Customs Conference Room, where the packages containing the suspected illicit drug were opened for examination, six officers from NACOB were present.

According to the Customs, the physical examination exercise assumed a "disorderly manner due to the high number of examination officers, especially from NACOB".

It said the conduct of the NACOB officers during the examination was such that it was virtually impossible to monitor effectively the quantities, weight and, more importantly, the number of parcels and/or pebbles of particular substances.

"For instance, at a point during the packing of the substance into a bag, one pebble was discovered under a table and the whole consignment had to be unstuffed and repacked to include the discovered pebble," it said.

"The conduct of the NACOB officers present during the examination was so disruptive that it became obvious that they had an agenda to frustrate officers and/or sabotage the operations," it added.

The report said after the examination, the parcels were sealed and handed over to Customs officers to be deposited at the Armoury at Aflao.

It said statements submitted by Customs officers at Aflao indicated that at no point did any unauthorised officer had access to the Armoury, “and further to that the only officers who visited the Armoury on Sunday (June 7) were escort officers to withdraw weapons purposely to escort the exhibits to headquarters".

It said it was only that day (Sunday) when the examination team reassembled to prepare the exhibits for escort that it was realised one parcel weighing 100.1g was missing.

"All efforts have been made to discover whether it dropped in the conference room unnoticed during examination and, therefore, swept out with the rubbish, but to no avail,” Chief Revenue Officer Amandi’s report said.

The report maintained that the stuff could not have been stolen from the Armoury "because any one intending to steal something from the bag in the armoury would logically go for either a bigger parcel or the cash of $200,000 [which was impounded together with the suspected drug]”.

It called for the installation of CCTv cameras at the conference room at the border post at Aflao where all suspected exhibits were examined.