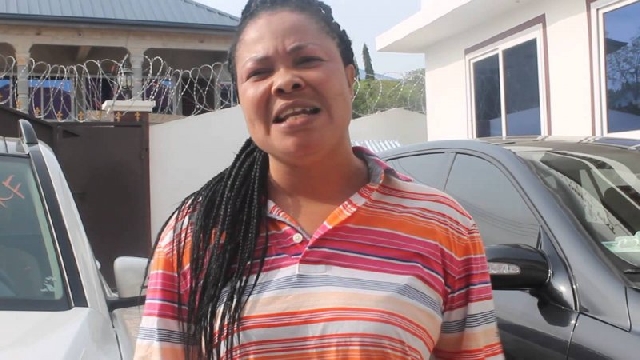 The police has arrested self-acclaimed evangelist, Patricia Asiedua, alias Nana Agradaa, following allegations of a money-doubling scam levelled against her by some members of her church.

The suspect is currently assisting the police with investigations.

The police said anyone who is a victim of the alleged scam should report to the Accra Regional Police Command for further action to assist in the investigation.

Formerly a fetish priestess, Nana Agradaa, nicknamed Mama Pat, in April 2021, announced a conversion to Christianity, after which she immediately began to introduce herself as an official Evangelist of the faith.

In 2022, however, after noting with displeasure that people did not accord her the fear-laden reverence she was used to when she was an African Traditional Religion spiritual leader, she announced she was returning to the Agradaa era.

“I’m going back to take the Agradaa [Akan for thunder and lightning] because you’ve been fooling since I became Mama Pat,” she said.

Despite this, it must be noted she said nothing about relinquishing her Christian leadership position and work.

Rather, she indicated she was ready to take on the title “Reverend Agradaa.”

During her days as Nana Agradaa, she had a spiritual service nicknamed ‘Sika Gari’.

She claimed to have powers to double money, causing it to multiple in a fashion similar to the abundance of the grains of gari.

Recently, it is reported she told her church members they would be beneficiaries of this ‘Sika Gari’ spiritual service.

She is said to have promised on TV to give away GHS300,000 to her congregation with the assurance they would experience a doubling of whatever money they individually gave her.

The news travelled and on Saturday, 8 October 2022, drew many people to her Heaven Way Church.

After receiving the monies from the eager congregation, Mama Pat allegedly shut the church doors after her sermon and run away leaving her distraught victims stranded at the church premises in Weija, Accra.