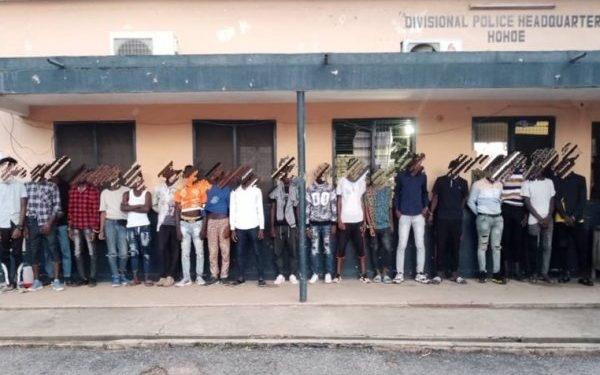 The Hohoe Divisional Police Command has arrested 20 Togolese nationals for assembling for an unlawful purpose.

According to them, they worked for a company engaged in online businesses, ‘QNET’.

The Police Divisional Commander, Assistant Commissioner of Police (ACP), Jonathan Lamptey, disclosed that all 20 men lived in a room at Gbi Bla, in Hohoe.

They were arrested based on a tip-off.

Two of the men had first rented the room and the others joined them with time.

The Hohoe Divisional Commander further disclosed that no items were found on the suspects and the Police had not received any complaints from the public about being scammed through online businesses.

He, however, noted that the suspects could be charged for assembling for unlawful purposes.

He added that the men would be handed over to the Ghana Immigration Service (GIS).