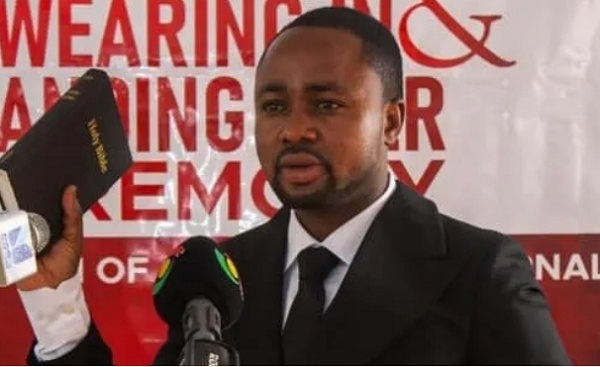 The Students’ Representative Council (SRC) of the Ghana School of law (GSL) has begun taking steps to fulfil the recommendations of the Committee set up to investigate allegations of financial impropriety against the then, President, Victor Wonder Kutor.

Paramount to the recommendations made by the committee was the removal of Mr Kutor as President.

A notice issued by the SRC and signed by its Secretary, Safo Kwame Oheneba, said it has equally “begun the process for a successful transition and handing over of power to the newly-elected SRC Executives.”

According to the investigative committee, “there is evidence to support a conclusion that the SRC President (Wonder Victor Kutor), placed himself in a position where his personal interest conflicted with” that of the GSL Students' Representative Council (SRC) in “the procurement and purchase of the Toyota Corolla Vehicle with registration number GM 3222-21.”

It noted that “the SRC's Procurement Committee failed to do basic due diligence on the legal status of persons who submitted bids and did not comply with its own criteria in the Notice to Tender published for the procurement of the Toyota Corolla vehicle.

The committee further noted that: “Submaxinn (Motors) Consult, which was selected as the entity with the most responsive bid, is an unregistered entity with no legal capacity to enter into a contract.

“Submaxinn (Motors) Consult directed that all cheques issued for payment in its favour should be made to Submaxinn Consult and a sum of GHS71,500 being the purchase price of the Toyota Corolla vehicle was issued by the GSL-SRC in favour of Submaxinn Consult.”

The committee also indicated that Mr Kutor “drew the cheque for the sum of GHS 71,500 and co-signed it with the SRC Treasurer,” after which he “received the value of the cheque in his personal capacity as the owner of Submaxinn Consult.”

Also, a “search conducted at the Registrar General's Department confirmed that Submaxinn Consult is a sole proprietorship registered” in the name of Mr Kutor who was then the President of the SRC.

It disclosed that: “Evidence taken from Mr Emmanuel Takyi, a friend and business associate,” of Mr Kutor, confirmed that Mr Takyi gave the details of “Submaxinn Consult to one Clement Gavor, the purported ‘owner’ of the non-existent Submaxinn (Motors) Consult, for the sole purpose of receiving payment for the supply of the Toyota Vehicle.”

This arrangement, the committee stressed was with the “tacit approval” of the then SRC President, Mr Kutor, who confirmed giving Mr Takyi a “carte blanche to use Submaxinn Consult for the latter's business interests.”

Following a valuation of the Toyota Corolla vehicle by STC Professional Vehicle and Equipment Valuers, it was discovered that its estimated fair market value was “GHS30,710.00.”

The “Toyota Corolla vehicle was a 2014 model and not a 2015 model as misrepresented” by Mr Kutor the valuation confirmed,” with the SRC Executives appearing to “have little to no role in the processes for the procurement of the vehicle as they simply did the bidding of the SRC President “with respect to making payment.”

Thus, in the sale of the vehicle, Mr Kutor placed himself in “a conflict-of-interest position as well as breaching his presidential oath,” due to the evidence gathered, the committee stated.

The management of the GSL set up a three-member committee to investigate allegations of financial impropriety within the SRC.

This came on the back of the SRC President, denying claims of interdiction in connection with the matter, describing the move by the Executive Council as laughable and unlawful.

Mr Kutor was interdicted over allegations of financial malfeasance.

A statement signed by the secretary to the student’s representative council said the interdiction is grounded on, among others, a prima facie case established upon the probing of Wonder Kutor before the Executive Council on April 7, 2022.