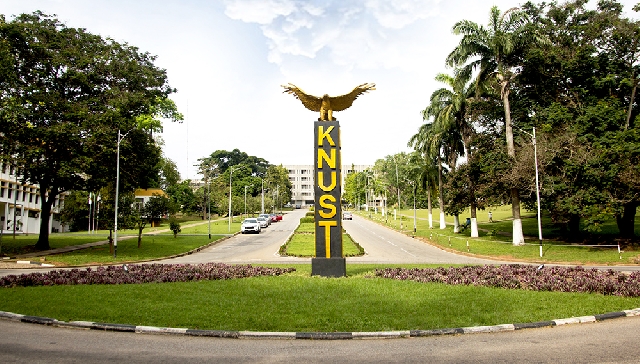 In accordance with Statute 13 (e), the Kwame Nkrumah University of Science and Technology (KNUST) has appointed Professor Mark Adom Asamoah as Acting Pro-Vice-Chancellor.

This follows the appointment of Professor (Mrs) Rita Akosua Dickson as the new Vice-Chancellor of the university “effective 1 August 2020.”

The Governing Council of the KNUST, on 25 June 2020 appointed Professor Rita Dickson as the new Vice-Chancellor, making her the first-ever female to lead the science and technology university after beating three others to it and the 11th since the university’s inception.

Prof Mrs Rita Akosua Dickson is an alumna of the Kwame Nkrumah University of Science and Technology (KNUST), Kumasi, Ghana.

She graduated with a Bachelor's degree in Pharmacy in 1994.

She pursued graduate studies leading to the award of MPharm. in Pharmacognosy in 1999 and was appointed a lecturer the following year in the Department of Pharmacognosy, Faculty of Pharmacy and Pharmaceutical Sciences, KNUST.

In 2003, she was awarded a Commonwealth scholarship to pursue a PhD at Kings’ College London, University of London, UK.

She returned to teaching at the Kwame Nkrumah University of Science and Technology in 2007 and was promoted to a Senior Lecturer in 2009 and further to an Associate Professor in 2014.

Professor Dickson has been the Head of Department of Pharmacognosy for three terms from 2009 to 2013.

Before her appointment as Pro-Vice-Chancellor, she was the Dean of the Faculty of Pharmacy and Pharmaceutical Sciences and also acted as Provost of the College of Health Sciences in the absence of the Provost.

A statement signed by the Registrar of the University on 3 August 2020 stated that the Office of the office became vacant after the appointment of Professor Dickson, Professor Asamoah, “Provost of the College of Engineering has been appointed to act as the Pro-Vice-Chancellor, effective August 01, 2020, until a substantive Pro-Vice-Chancellor.”

The appointment of a substantive Pro-Vice-Chancellor, according to the statement, is scheduled to take place in October 2020.