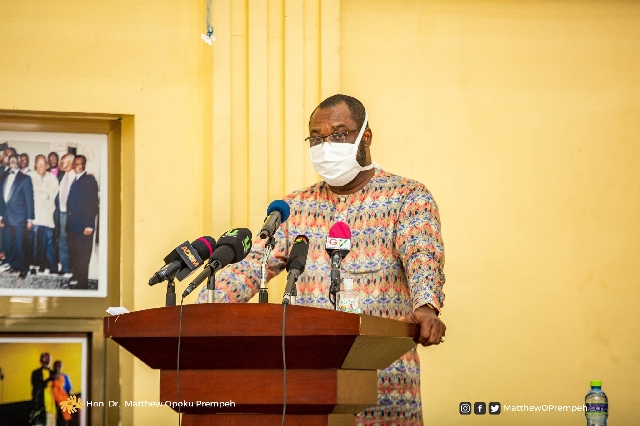 Education Minister Dr Mathew Opoku Prempeh has said university campuses must not serve as breeding grounds for violence, unsocial behaviour or ethnic division because they are grounds for grooming future leaders of the country.

Dr Prempeh gave the advice when he inaugurated the governing councils of the newly-established C.K. Tedam University of Technology and Applied Sciences and the S.D. Dombo University of Business and Integrated Development Studies in Accra on behalf of President Nana Akufo-Addo.

Last year, there were series of violence on the campuses of the University of Education, Winneba; and the Kwame Nkrumah University of Science of Technology, which led to the closure of both schools for weeks.

In his remarks, Dr Prempeh urged the two councils to ensure that they remained faithful to their core mandate as established by Parliament and, as further reflected in their names, to provide the vital strategic leadership and direction needed to fulfill this mandate in pursuance of Ghana’s development agenda.

He also reminded them of the importance of ensuring peace and stability for a conducive atmosphere to enable academic work to proceed smoothly in their institutions.

“That conducive atmosphere should have, as its principal aim the building of a tent that is accommodating, diverse and tolerant. A university campus must not serve as the breeding ground for violence, unsocial behaviour or ethnic division because it is the grooming ground for future leaders of this country”, he stated.

Dr Prempeh expressed confidence in the two councils to provide the necessary leadership and direction to establish their universities as centres of academic excellence and research.

It would be recalled that in November 2018, President Akufo-Addo, speaking at the 25th graduation ceremony of the University for Development Studies (UDS) in Tamale, announced that Cabinet had given approval for the Wa and Navrongo campuses of the university to become autonomous universities. The two universities were thus established by Parliament in 2019 in this direction.