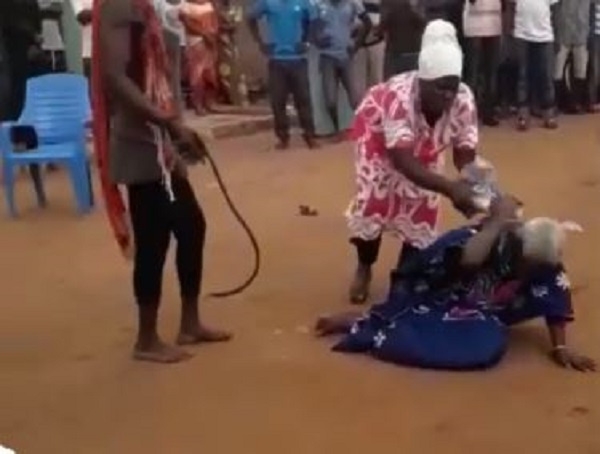 An old woman believed to be in her 90s has been lynched at Kafaba, a village nestled within the Savanna Region.

She was accused of witchcraft by a seer, who had been invited by the villagers to help them drive away their misfortunes.

The heart-wrenching video was first published by Accra-based TV3