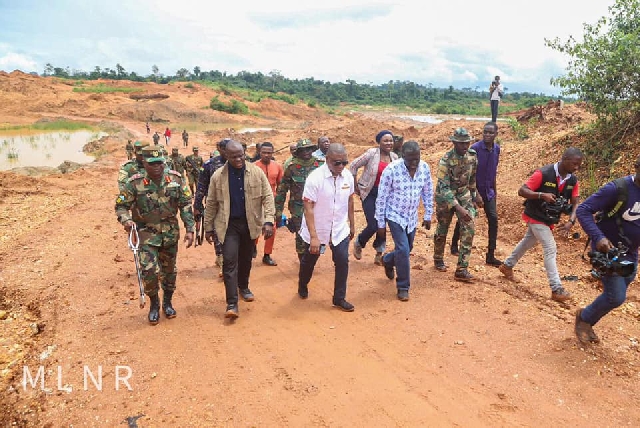 Jinapor and his deputies at the galamsey site

The Minister of Lands and Natural Resources, Mr Samuel A Jinapor, has said the government is fully committed to the fight against illegal mining, popularly known as "galamsey." 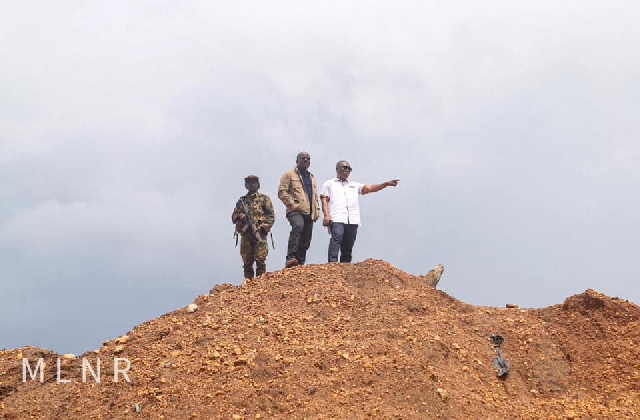 He said despite the numerous challenges, the government will continue the fight relentlessly to bring sanity to the small-scale mining industry. 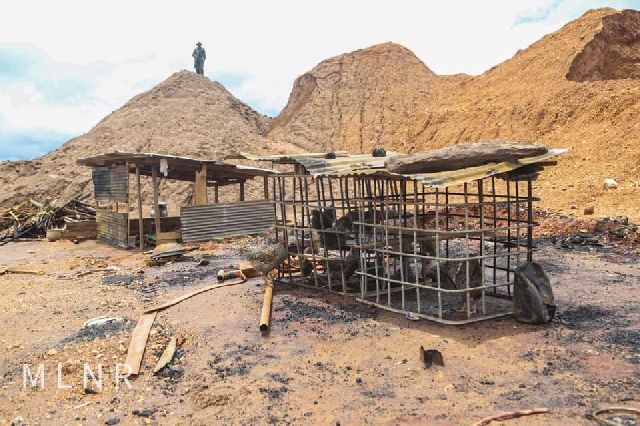 The minister was speaking at Datano in the Amansie South District of the Ashanti Region, where he led a team from the ministries of Information as well as Lands and Natural Resources to visit the Operation Halt II team in the area.

He said the purpose of the visit was to encourage the military and assure them of the President and Government’s support for their operations. 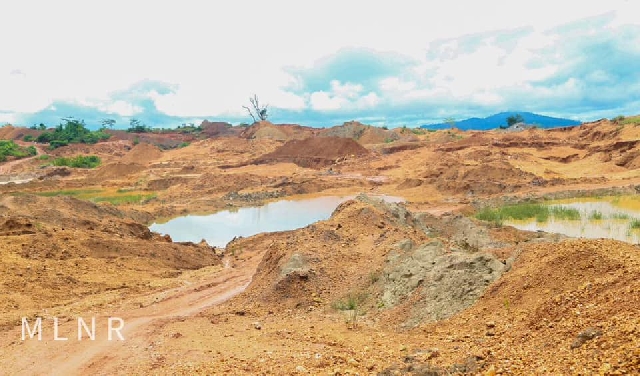 Speaking to the media after the Operation, Mr Jinapor expressed his satisfaction with the work done by the military, led by the General Officer Commanding of the Central Command, Brigadier General Joseph Aphour. 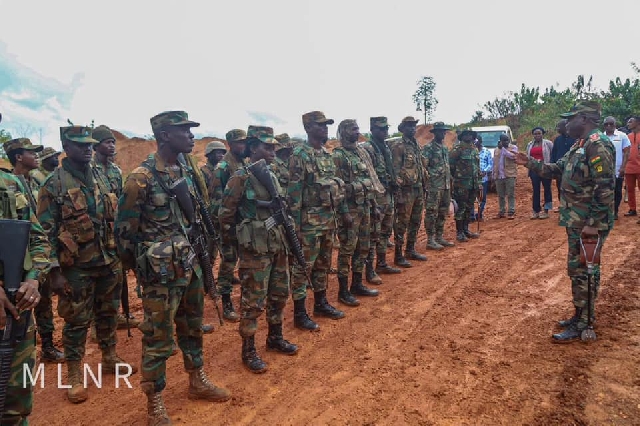 He explained that the military has been able to clear the site of illegal miners, demolished their infrastructure, and brought their operations to a halt. H

e added that the team arrested some illegal miners and seized excavators and other mining equipment, which have been handed over to the Ghana Police Service. 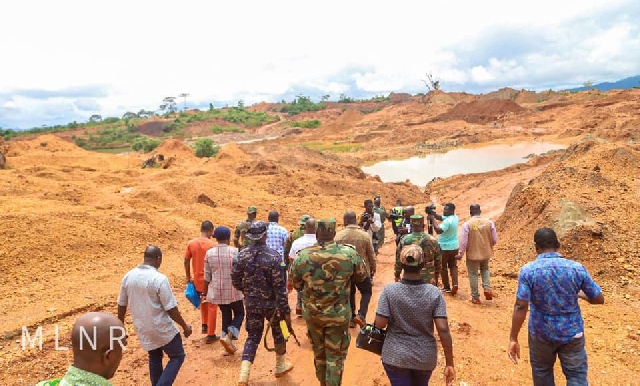 The Minister said the operation is one of many to come, aimed at exposing the complexities involved in the illegal mining business. He queried how the activities of these illegal miners could elude all the security apparatus in the district, the traditional and local authorities, and mine inspectors in charge of the area. 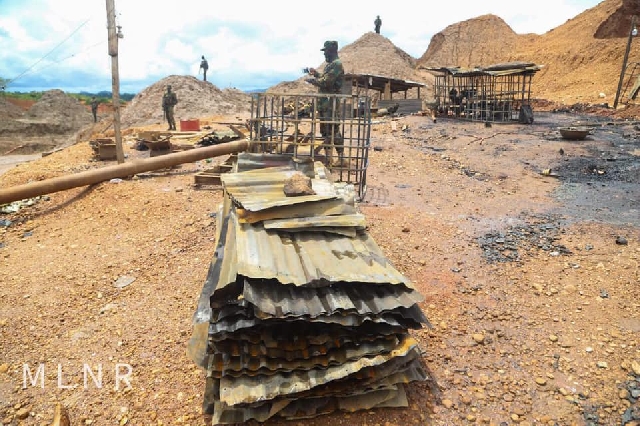 “All of you can see the level of devastation. It should baffle all of us as citizens, policymakers and stakeholders in this fight, how an operation like this, in the heart of the forest and in the faraway areas of our country, can go on without notice by the police, the chiefs, local political leadership and even the inspectorate division of the Minerals Commission here? And these are questions I, as a minister, intend to seek answers to,” he noted. 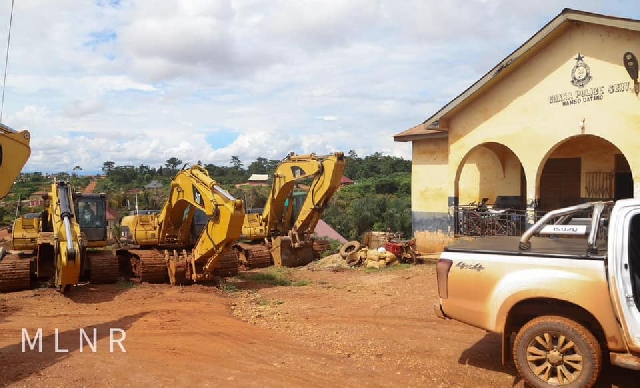 He stressed that the fight against illegal mining is a collective one, and required the cooperation of all citizens, particularly the members of the local communities. 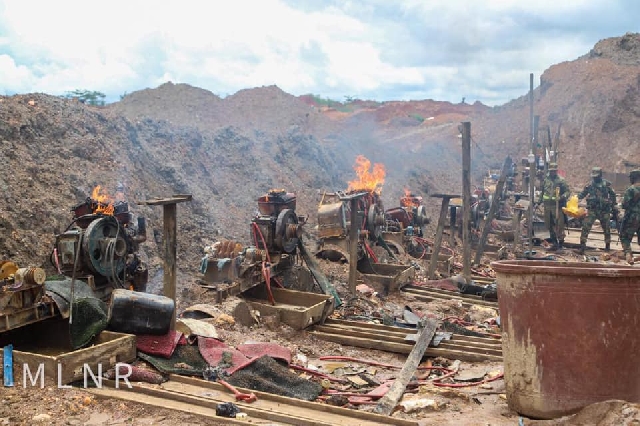 He thanked the minister for the visit and the assurances, adding that he was optimistic that with the support of the government and the citizens, they can come to grips with the matter.

He charged them to take up the responsibility of leading the fight against illegal mining in their various jurisdictions saying " the fight can only be won if local leaders rally behind central government." 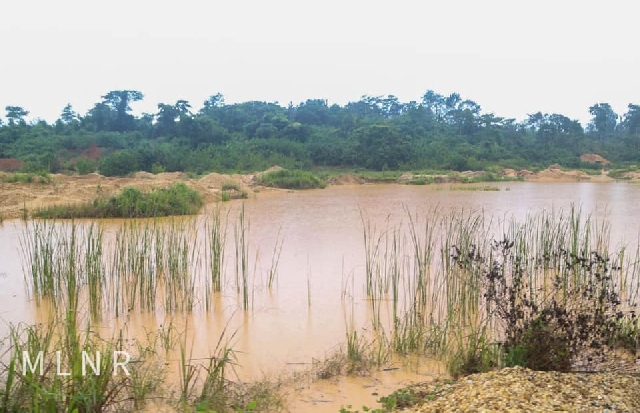 He added that the Regional and District Security Councils, headed by the Regional Ministers and the MMDCEs, should ensure law enforcement in their various jurisdictions.