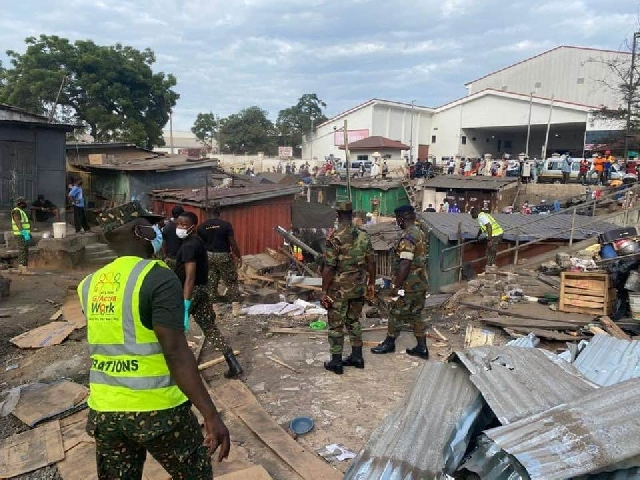 The clean up exercise took place in Accra

The Accra Metropolitan Assembly (AMA) in collaboration with the Ga Traditional Council (GTC) supported by Zoomlion Ghana Limited on Saturday organised a major clean up exercise in Ga Mashie.

The exercise involved the desilting of the drains, the removal of illegal structures on the streets and walkways and street cleansing among others.

The clean-up exercise follows an appeal made by the Gbese Mantse, Nii Ayibonte II, during the launch of a sanitation awareness campaign by the Graphic Communications Group Limited (GCGL) with support from the waste management company, Zoomlion Ghana Limited began at 6 am. 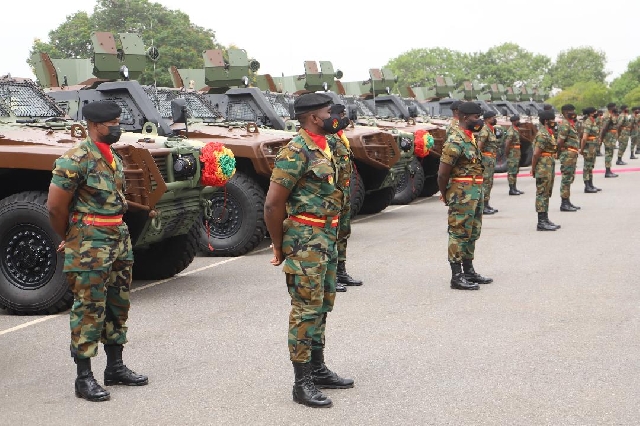 The exercise saw the active involvement of the Chiefs, elders and youth of Ga Mashie led by the Acting President of the Ga Traditional Council, Nii Adote Otintor III.

Speaking to the media, Metropolitan Chief Executive of Accra, Mohammed Adjei Sowah said the exercise was carried out annually as part of activities leading to the celebration of the Homowo Festival.

He emphasised the importance of the involvement and participation of the Traditional Authority in such community centred exercises stating that they serve as a rallying point to achieve the needed change.

"The chiefs have taken it upon themselves to lead in the efforts of cleaning the city since it was on their soil.  The president made the famous declaration of making Accra the cleanest city...today for the first time, community members applauded the exercise and this was because of the active participation and involvement of the chiefs and elders in the community...When the chief leads such exercises it defuses the political tension, " he said.

He announced that the Assembly would be embarking on an enforcement exercise to complement efforts aimed at attaining a clean city.

"We cannot always be cleaning people's dirt, today we are here to clean and warn the community, our next agenda is to enforce the laws," he said.

He appealed to all and sundry to support in diverse ways either through educational logistics, funding and physical presence to help make the city clean.