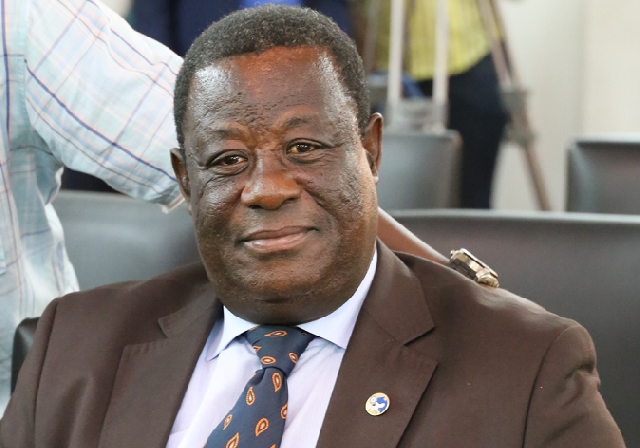 The Minister of Roads and Highways, Mr Kwesi Amoako Atta, has terminated the contract between the government and Messrs Nkwantabisa contractors, over what he described as "unnecessary delay” in completing the road project.

Messrs Nkwantabisa were constructing the Akyem Wenchi Junction to Kade stretch in the Eastern Region.

As part of a three-day working tour to the Eastern Region to monitor the progress of some road projects in the region, Mr Amoako Atta expressed shock about the slow pace of work on the 46-km road project in the Kwaebibirim municipality, which was awarded to the contractors 10 years ago.

He noted that because the project had delayed, the Ministry would take steps to terminate and re-award the contract to a different contractor to complete it.

“This contract is terminated and when I go back to the office on Monday morning, I will give approval to the termination and the Chief Director will work with the Chief Executive of the Ghana Highway Authority to re-award this contract because this road must be fixed immediately,” he said.

He indicated that the Ministry will not hesitate to terminate the contract of any contractor who delays work without any justification.

He said, “There must be a strong contractor on this road to work on it between now and the end of the year. We cannot accept this. No contractor can be on the road for 10 years, which is a decade. It is not acceptable and as I go round the country, any project of any contractor that is unjustifiably delayed, and delayed for no just cause shall be terminated”.

He continued: “I know the contractual relationship between a contractor and the employer, which is government. And, of course, as long as the employer is doing his or her part, the contractor must also do his part, but if for no just cause a contractor unduly delays any project, as I travel with my technical people around the country, any such projects will immediately be terminated, and I want to repeat it because I have the moral courage and authority to terminate any contract anywhere in the country no matter who the contractor is, his size or capacity”.

“I will terminate your contract because the people of this country cannot wait, government cannot wait because we are in a hurry, anybody or contractor who comes for a project and does not perform you are gone,” he added.

For their impressive performance and using the right materials for the project, however, the Minister commended General Construction and Development Limited, the contractors on the Oseim to Begoro stretch.

The government touted this year as the “Year of Roads” in the 2020 Budget, and, thus, is on a road construction spree on already-existing and new projects.