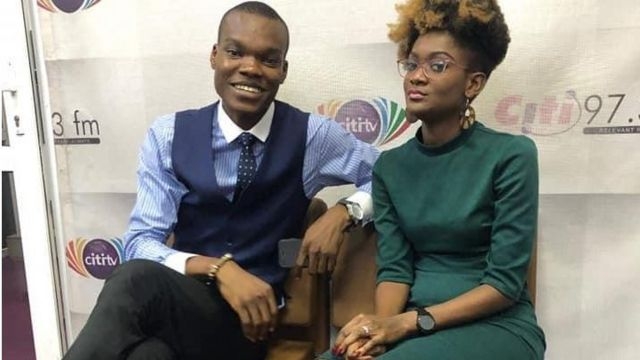 Caleb Kudah and his colleague Zoe Abu-Baidoo were arrested

The #FixTheCountry campaigners have declared their intention to protest against the detention and assault of Citi News’ Caleb Kudah, and the invasion of Citi FM by National Security operatives.

The campaigners, in a statement indicated that cases of attacks on journalists have been met with an “entrenched culture of inaction” and limited to press statements.

“The call to #FixTheCountryNow cannot be allowed to die on the altar of press releases. Now means Now!! Now in the shortest possible time," the group said in a statement.

“In light of this, we have decided to have the Conversation differently, by taking our case to the streets. We are inviting all well-meaning Ghanaians to join us on May 22nd for a massive protest in Accra to reclaim our rights as citizens,” the statement further noted.

The campaigners noted that further details on the intended protest will be released soon.

A Citi FM reporter Caleb Kudah was allegedly assaulted and detained by National Security operatives for filming some abandoned state-acquired vehicles in a no-photography zone while in the premises of the National Security Ministry a week ago.

Meanwhile, the management of Citi FM/Citi TV has petitioned the National Media Commission over the assault on Mr Kudah and the invasion of the station.

The National Security Ministry is also investigating the issue.