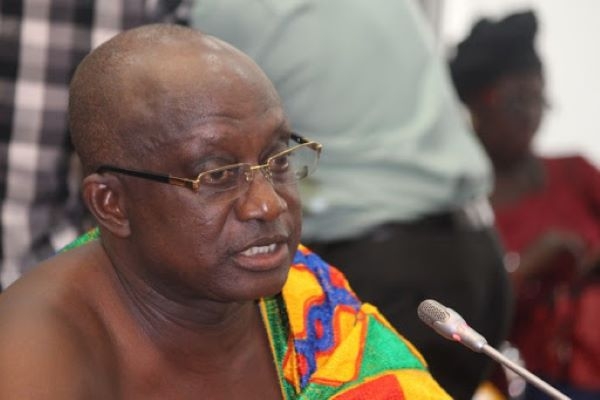 Ashanti Regional Minister Simon Osei-Mensah has sued the publishers of Accra-based newspaper, the Insight, and the Executive Director of the Strategic Thinkers Network (STRANEK), for defamation.

The writ is directed at the Acting Editor of the Insight, Mr Benjamin Akuffo, with the Executive Director of STANEK, Nii Tetteh, being the second defendant.

In the writ, the Ashanti Regional Minister stated that his attention has been drawn to a news item publication captioned “Alleged Ethnocentric Comments: CSOs call for dismissal of Minister” by the Insight newspaper on page 5 on its website on Friday, 23 August 2020.

The Ashanti Regional Minister  argued that STRANEK held a press conference at which its Executive Director accused him of making “ethnocentric comments against the people of northern descent and the full text was carried in the Friday, 28th August 2020 edition of the Insight newspaper.”

The Minister further argued that the claims by STRANEK and the Insight newspaper are defamatory and without basis.

He further noted that the publication damaged and soiled his hard-earned reputation.

The Minister is, therefore, seeking damages of GHS 10,000,000 against the defendants and seeking an injunction directed at the defendants, assigns and privies from discontinuing further defamatory publication about him among other relief.

He is also seeking another order from the court directing the defendants to retract and render an unqualified apology using the same medium for the defamatory publication.