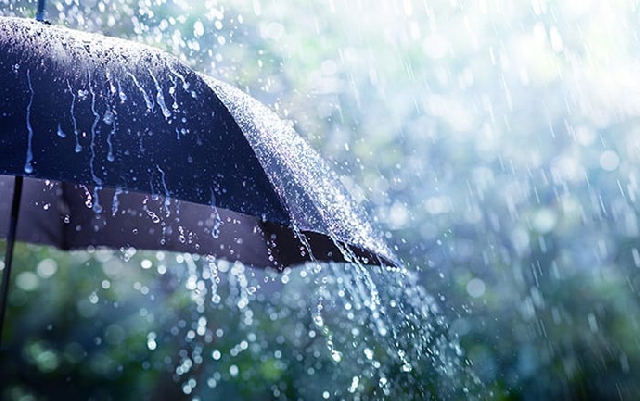 The Ghana Meteorological Agency has announced that parts of the Volta, Greater Accra and Eastern region are expected to experience cloudiness with rains this morning.

It further said the central and western regions are also expected to be affected later this morning into the afternoon.

In a statement, the meteo noted that a separate rainstorm over the Northern region is expected to continue moving westward to produce rain over Bole, Bamboi, Buipe, Kintampo, Banda, Wasope, Maluwe and surroundings.

The meteo said update on the storm will be provided when necessary. 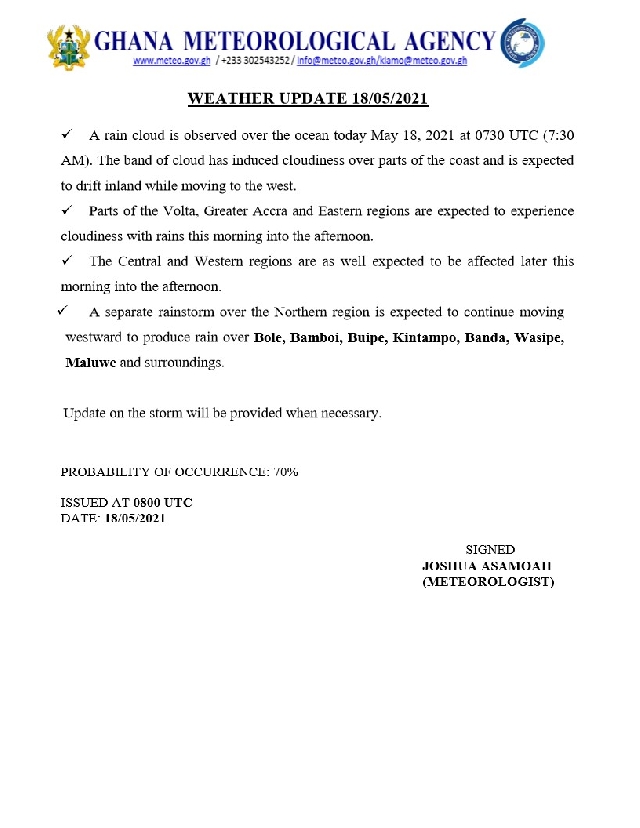