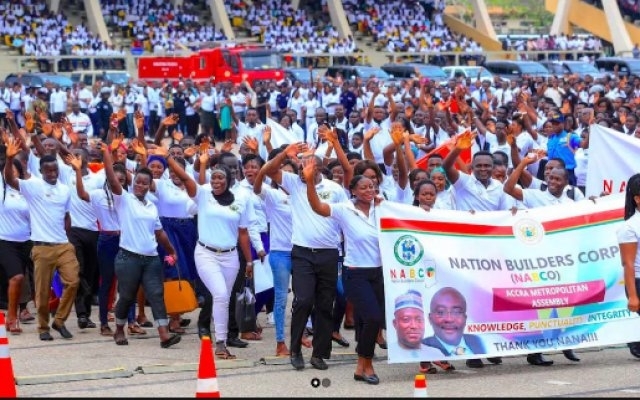 Beneficiaries of the Nation Builders Corps (NaBCo) initiative have reminded the government of their nine-month unpaid arrears.

According to the beneficiaries, it “will be extremely disastrous” to fail to pay them under the current economic situation in the country.

A statement issued on Tuesday, 22 November 2022, and signed by the group's national president, Mr Dennis Katakyie, said: “The programme has been beneficial but, if care is not taken to redress the outstanding payment issues, the pain suffered by the trainees will swallow the gains by the initiative on the case of the current administration.”

The President of the NaBCo beneficiaries also pleaded with the government to “settle the nine-month arrears to bring some relief to the beneficiaries.”

The statement indicated: “Failure to pay the arrears will create an indelible scar to discredit the good works of government so far as the programme is concerned.”