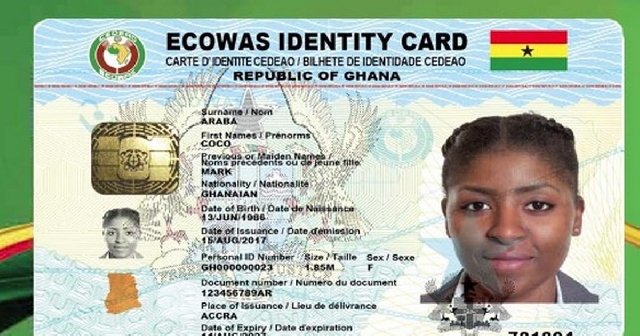 The National Identification Authority (NIA) has announced the extension of the Ghana card issuance exercise to Saturday, 27 June 2020 in 13 districts that received their albums late.

This was disclosed in a statement released by the NIA on Tuesday, 23 June 2020 and signed by its Head of Corporate Affairs, Francis Palmdeti.

The Authority also entreated “applicants, who are yet to collect their Ghana cards” to go to the “respective card issuance centres for their cards.”

The NIA had earlier announced the extension of the Ghana card issuance exercise across the country.

The Authority also announced the resumption of its registration exercise in the Eastern Region from 18 – 27 June 2020.

“The exercise will enable approximately 3,934,073 Ghanaians who could not receive their cards during the mass registration exercise to do so”, the NIA said in a statement.

“The cards are being issued to Ghanaians at the same centres where they registered during the mass registration exercise.

“Nearly 800,000 Ghanaians have received the Ghana card since the exercise began last Wednesday, 10 June 2020,” it noted.

The NIA said: “All persons who registered but have not received their Ghana cards are requested to go to the registration centre where they registered to pick up their card”.

“To receive the card, a Ghanaian must present the registration application form, the printout or receipt given at the time of registration, or provide other relevant information to be cross-checked against his/her photograph and personal details contained in a registration centre album.”

By the end of the exercise, the NIA said more than eleven million Ghanaians will possess the Ghana card.