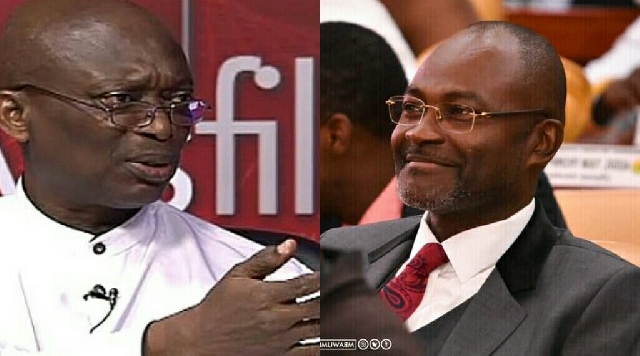 Editor-In-Chief of the New Crusading Guide newspaper, Abdul-Malik Kwaku Baako, has said he supports the war against fake pastors being waged by the Member of Parliament for Assin Central, Mr Kennedy Agyapong.

"That’s one thing I support Kennedy on, except I don’t know if everything he’s saying is true… [There are] too many of them [fake pastor] out there polluting the Ghanaian environment," Kweku Baako said on Accra-based Peace FM.

Mr Agyapong has, over the past few months, gone after some pastors who have huge followership in the country and stripped them of their mystique.

He said these so-called men of God are impeding the progress of the nation with their fake prophecies, hence his anger.

Speaking on the recent commentaries by Bishop Charles Agyinasare on national issues, Kweku Baako said he did not believe that the founder of Perez Chapel International has been engaging in pastoral buffoonery.

The veteran journalist also said the Presiding Bishop of Perez Chapel International, does not think he can be classified as one of the fake pastors.

He further wondered why the men of God who are able to foretell the death of people missed a prophecy about the coronavirus pandemic.

"Didn’t they foresee COVID-19? They can foresee deaths but they couldn’t see COVID coming? Did nobody sound a warning to them? Now, it's here and they don’t have the cure. COVID has exposed many of them, especially the noisy ones," Mr Baako stated.