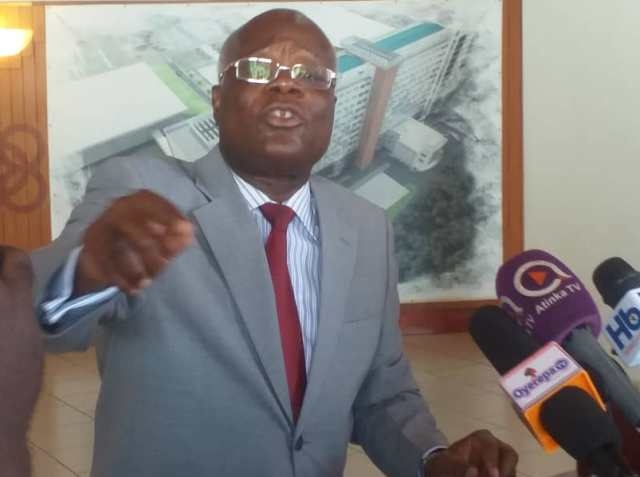 MPs of the majority caucus do support the anti-LGBTQI+ bill even though many of them have not been heard publicly speaking about it in the media, the governing New Patriotic Party MP for Adansi Asokwa Constituency in the Central Region, K.T. Hammond has said.

The former Deputy Minister of Energy in the Kufuor administration made this revelation on Monday, 11 October 2021 when he spoke on Accra-based Asempa FM’s afternoon political programme ‘Ekosii Sen’ hosted by Phillip Osei Bonsu.

Mr Hammond said there has never been a bill fully supported by all the MPs like the anti-LGBTQI+ one, he noted.

He said the anti-LGBTQI+ bill has the full support of the majority caucus.

In his view, it is only by chance that some members on the minority side led by Sam George, the National Democratic Congress’s MP for Ningo-Prampram Constituency in the Greater Accra Region, took advantage of the situation of some young men at Kwabenya opening an office to promote the activities of LGBTQI+, to push for a private members’ bill on it.

Mr Hammond warned that LGBTQI+ will never be legalised in the country by this eighth parliament.

Any MP, Mr Hammond warned, who dare vote against the passage of the anti-LGBTQI+ bill, will incur the wrath of Ghanaians at the 2024 polls.

Mr Hammond said just as President Nana Addo Dankwa Akufo-Addo, in the past, gave the strongest indication that same-sex marriage will never be legalised under his watch, so will LGBTQI+ activities not be legalised under the watch of the current parliament.

He said the majority side will push for open balloting on the bill.

No secret ballot will be tolerated when it comes to voting on the bill, he assured.

He further assured the Christian and Muslim communities to remain calm as the house takes steps to pass the bill to safeguard the sanctity of Ghanaian cultural values and morality.

In his opinion, LGBTQI+ activities have the tendency to destroy the moral fabric of Ghanaian society.