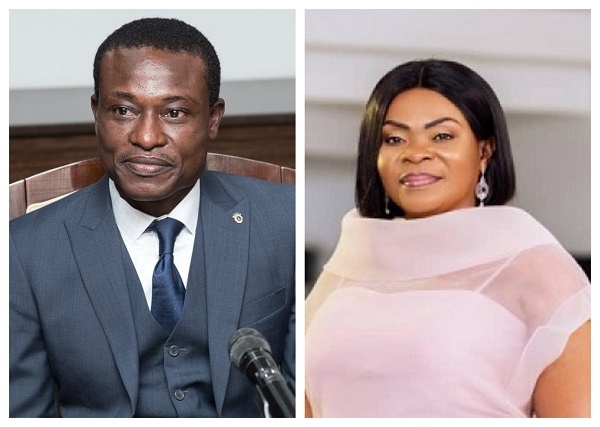 Corruption Watch Ghana has applauded the Office of Special Prosecutor (OSP) for recovering an amount of one million, seventy-four thousand, six hundred and twenty-seven cedis, fifteen pesewas (GHC1,074,627.15) through the issuance of an interim directive to Labianca Company Limited, owned by Ms. Eunice Jacqueline Buah Asomah-Hinneh, a member of the Council of State and a member of the Board of Directors of the Ghana Ports and Harbours Authority (GPHA).

According to the OSP, Labianca Company Limited had evaded the payment of the said amount as a result of the issuance of an unlawful customs advance ruling by Mr. Joseph Adu Kyei, the Deputy Commissioner for Customs in charge of operations.

Corruption Watch Ghana in a statement noted that the OSP’s action fulfils one of its core functions, which is the recovery and management of the proceeds of corruption and corruption-related offences.

Corruption Watch Ghana says it welcomes the directive for the opening of a wider investigation in respect of the issuance of customs advance rulings and markdown of benchmark values between July 2017 and December 2021.

The anti-graft group further welcomed the directive to the Commissioner-General of the Ghana Revenue Authority (GRA) to submit an Integrity Plan designed with the aim of preventing the corruption of the exercise of discretion by officials of the Customs Division by December 31, 2022.

“We believe that these directives are forward looking. Given the circumstances of this case, particularly, the OSP’s determination of influence peddling, we draw attention to Section 179C of the Criminal Offences Act, 1960 (Act 29), which makes it an offence for a person to use public office for profit. We note that the offence is committed by both the person who holds public office who dishonestly abuses the office for private gain or benefit and other persons who collaborate with the public officer to so abuse the office,” the statement said.

Corruption Watch Ghana is calling for the following to give effect and impetus to the course that the OSP has taken:

1. Ms. Buah Asomah-Hinneh must be asked to resign or be removed from her membership of the Council of State and the Board of Directors of the Ghana Ports and Harbours Authority.

2. Mr. Joseph Adu Kyei, the Deputy Commissioner for Customs in charge of operations, must be sanctioned regardless of the OSP’s directive for the opening of a wider investigation in the respect of the issuance of customs advance rulings and markdown of benchmark values.

3. In addition, the fact that Ms. Buah Asomah-Hinneh is a politically exposed person (PEP) underlines the importance that the country must attach to developing a full-fledged, efficient and functioning beneficial ownership disclosure mechanism to assist in tackling corruption and its related state capture by influential persons in society.

The statement said it is clear that the OSP can become an effective institutional tool for fighting corruption if Government were to release to the Office all funds allocated to it.

It, therefore, called on the government to as a matter of urgency, cause the release of funds to the OSP to enable it to undertake its mandate.