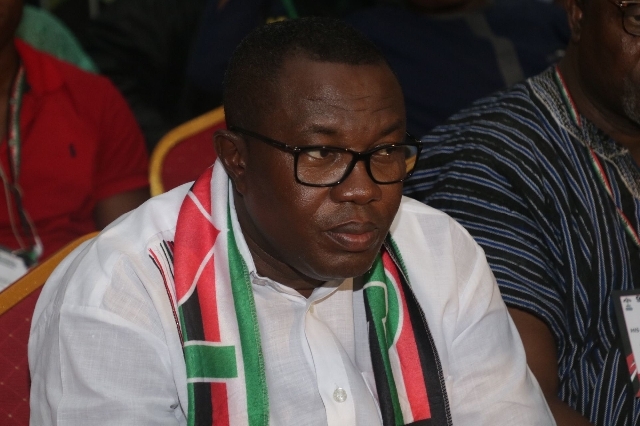 An application by the National Chairman of the biggest opposition party, the National Democratic Congress (NDC), Mr Samuel Ofosu-Ampofo, to halt proceedings in order for a case before the Court of Appeal to be concluded was, on Wednesday, 19 February 2020, dismissed by an Accra High Court.

The court, presided over by Justice Samuel Asiedu, refused the application saying granting it would delay the ongoing trial unnecessarily.

Mr Ofosu-Ampofo and Anthony Kweku Boahen, a Deputy Communication Officer of the party, are on trial over an alleged leaked tape in which they are accused of inciting violence against the Chairperson of the Electoral Commission (EC), Mrs Jean Mensa, and the Chairman of the National Peace Council (NPC), Rev. Prof. Emmanuel Asante.

The National Chairman of the NDC filed an appeal against a decision made by the High Court to accept a statement made by a witness and brought to the court by prosecutors as evidence.

He filed the appeal on Wednesday, 5 February 2020 at the Court of Appeal through his lawyers. He claimed that since the witness denied any knowledge of the content what is meant to be his own statement, that evidence cannot be used in court.

The prosecution witness, who is a broadcast journalist with Accra-based Adom FM, Benjamin Osei Ampofo Adjei, last week explained to the court that the content of the statement was not authored by him.